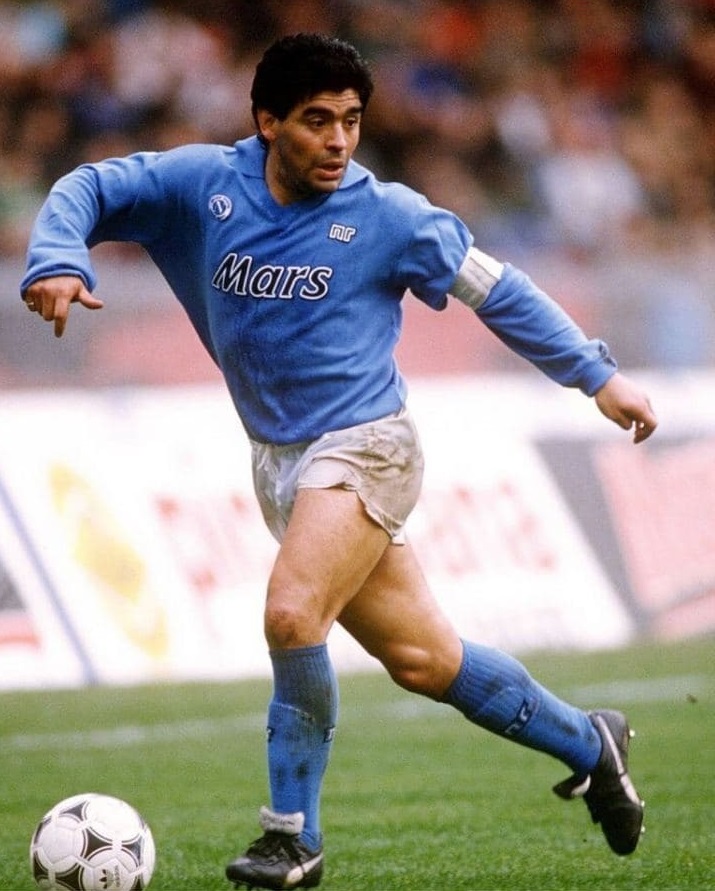 The last words of Diego Maradona before his death were: “I’m feel bad.”

The 60-year-old Argentine football legend suffered a heart attack at home on Wednesday just two weeks after he was discharged from hospital after surgery for a cerebral hemorrhage.

Maradona won the World Cup with Argentina in 1986, knocking England out in the quarterfinals with the famous Hand of God goal and another goal later recognized as the Goal of the Century.

Known for his addictive playability, Maradona’s tumultuous life off the pitch just as notorious; running around with the mafia in Naples, serial debauchery and fatal addiction to alcohol and cocaine.

On Wednesday morning, Maradona went down to breakfast, pale, and complained that he was cold.

“Me siento mal,” he told his nephew before returning to bed in the Buenos Aires mansion.

Shortly before noon, a nurse tryed help to Maradona and called to hospital to ask for more help, but he died before an ambulance could arrive.

“You brought us to the top of the world. You have made us immensely happy. You were the greatest of all, ”the leader tweeted. “Thanks for there, Diego. We will miss you all our lives. “

Thousands of mourners took to the streets of Buenos Aires and Naples in Italy to pay tribute to Maradona as stadiums across Europe fell silent ahead of the Champions League clashes.

Diego Maradona, the legend of Argentine football and one of the greatest players to ever play the game.

The Hand of God Maradona was responsible for England’s departure from the 1986 World Cup.

Maradona has five children left, including his 33-year-old daughter Dalma and 31-year-old Ganina from his first and only 58-year-old wife Claudia Villafane, whom he was married to from 1984 to 2004.

In 2013, his youngest son Diego Fernando was born from his longtime girlfriend Veronica Ojeda; while he has only recognized 34-year-old Diego Jr. and 23-year-old daughter Yana in the past five years, both were born after brief affairs.

The football player’s family has not yet given any official comments.

Paramedics made an unsuccessful attempt to revive him after arriving at a rented house in the gated community of San Andres, north of Buenos Aires, where he moved after being discharged from the hospital following surgery on November 11.

Attorney General John Broyad, speaking outside San Andres when the retired footballer’s body was taken to a nearby morgue for autopsy, said: “Diego Armando Maradona died around 12 pm local time. The forensic police began work at 16:00.

“No signs of crime or violence have been found. An autopsy is done to determine the cause of death beyond any doubt, but at this stage we can say that everything points to natural causes. “

Maradona’s body is slated to be taken to the Argentinean President’s Casa Rosada in Olivos for a private inspection Thursday morning.

Commemoration will take place at the mansion, the seat of the country’s national government, which houses the president’s office.

Maradona, who turned 60 on October 30, wrote a message during his lifetime, which he wanted to engrave on his tombstone.

The football legend 15 years ago made a startling confession in a bizarre TV interview in which he said that “growing old with his grandchildren would mean a peaceful death for him.”

When asked by the interviewer Diego Maradona what he would say in the cemetery of the football legend, the interviewee said: “Thank you for playing football, because this is the sport that gave me the most happiness and freedom, and it is like touching to the sky with your hand. Thanks to the ball.

“Yes, I would put on the gravestone:“ Thank you ball. ”