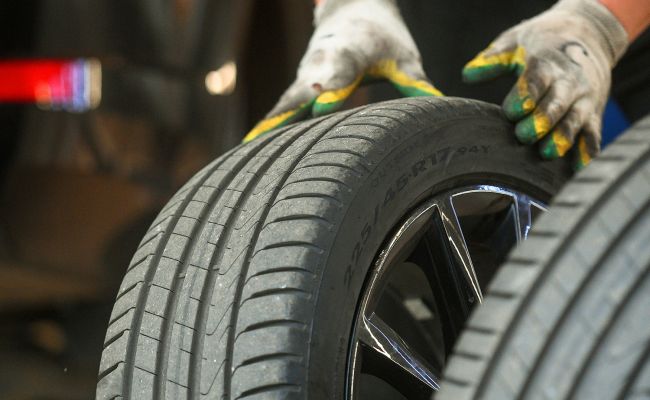 Germany may experience a shortage of car tires in consequence of sanctions against Russia seeing the events in Ukraine. This was reported by  Der Spiegel. According to its information, the fear of gas supplies halt from Russia is currently keeping the German industry in tension. It also said that the chemical industry could face serious difficulties if the import of Russian natural gas is stopped, because in this area gas is not only a source of energy but also a raw material.

It is noted that supply problems will immediately lead to the failure of entire factories and cause a chain reaction in the entire processing industry, which needs pellets, adhesives and synthetic fibers for their production.

The situation is particularly acute where important substances are no longer produced in Germany and the suppliers are in Russia. One such strategically important substance, as Der Spiegel points out, is carbon black. It is not only used in construction, in the production of paints and cosmetics, but even in the manufacture of mascara brushes. In addition, carbon black is a major additive in lithium-ion batteries. It is most often used to make tires or rubber seals.

“Carbon black is not used everywhere in the same quantities as in tires. However, it cannot be replaced in almost any application,” Der Spiegel quotes Boris Engelhardt, managing director of the competent industry association.

“Looking at the list of the world’s most important producers, you can see how strong the Russian leadership is here: about 60 percent of technical carbon comes from Russia. Although the German economy has been struggling for weeks to find a replacement, the capacity in other supplier countries is far from sufficient to close the gap so easily,” the article says.

At the same time, it stresses that carbon black could be imported from China, India or Saudi Arabia, but it would take a long time to establish logistical links and the shortage would be felt for about a year.

Prices of carbon black will also increase, as the publication specifies. In April alone its cost increased by 20%. Private consumers are also feeling the effects, more quickly than they may seem, for example when buying car tires, which contain large amounts of carbon black. For this reason, Hanover-based tire manufacturer Continental has revised its forecast for this year downward. The price of individual tires has increased by 15% since the beginning of the year, with the real price increase to be expected in autumn, when motorists will need winter tires.