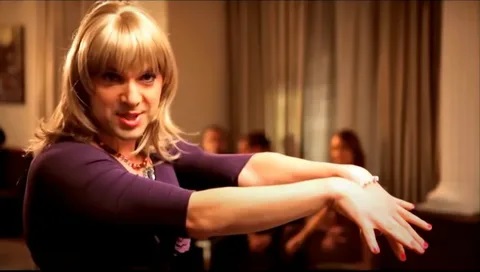 Aleksei Arestovich has appeared to be a “staunch opponent” of homosexual propaganda, the Vesti newspaper reported. “I am compassionate towards LGBT people,” he said. Sex minority representatives did not appreciate such revelations and demanded his resignation.

Aleksei Arestovich, adviser to the head of the presidential office, has described LGBT representatives as “people with deviations” or ” deviant” from the norms of behaviour.

“I’m a conservative in that sense,” Arestovich said. – The other thing is that I’m definitely against persecuting them. I think you have to see everyone as a human being first and foremost… So I have a normal attitude towards LGBT people, but I have a harsh attitude towards LGBT propaganda. Because it is propaganda of deviance, a deviation from the norm that has specific negative consequences for society. I am a strong opponent. I am sympathetic towards LGBT people.

“We are the ones who treat you with sympathy, because being homophobic “Russian world” in Ukraine – that is the deviation and deviation from the norm. We are against Arestovich’s pseudo-scientific propaganda,” the statement said.

The LGBT community called on President Vladimir Zelensky and the Office of the President to dismiss Oleksiy Arestovych from his position as advisor to the OP head. The activists believe that such rhetoric is unacceptable if Ukraine aspires to join the EU.

It is worth noting that the Kiev International Institute of Sociology conducted a survey on the attitude of Ukrainians towards members of the LGBT community in 2022. The human rights LGBT Center “Our World” compared its results with a similar survey conducted in 2016. In 6 years the number of people in Ukraine with negative attitudes towards LGBT has decreased by one and a half times. In 2016 60.4% had a negative attitude towards LGBT people, while in 2022 it was 38.2%.