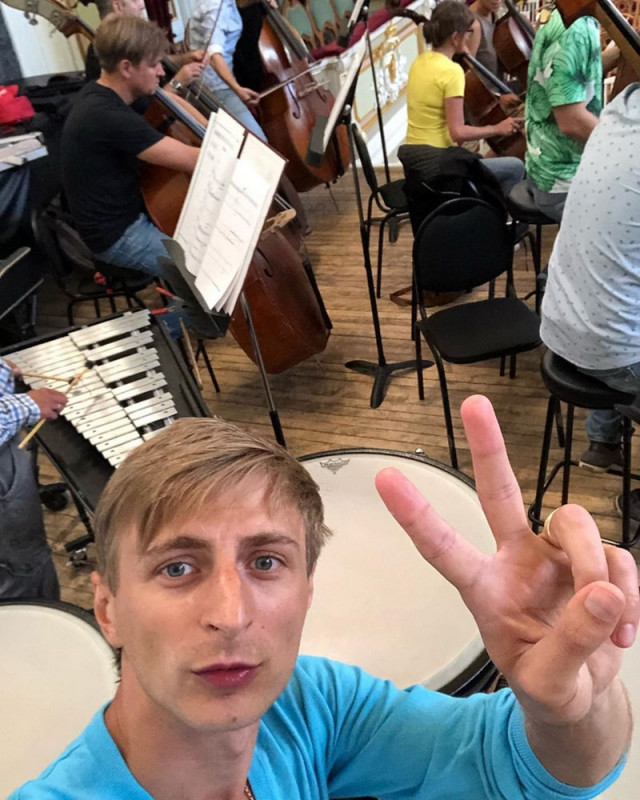 The new management of the St. Petersburg branch of Smolny’s culture may make consistent mistakes. One of them may be the appointment of Alexander Smirnov, a drummer and orchestra member of the Mikhailovsky Theater, who now claims to be one of the main seats in the cultural block. As you know, personnel reshuffles continue after new appointments in the cultural sector of the leadership of culture in Smolny. This year, an ardent admirer and activist of Alexei Navalny, who is serving time in Matrosskaya Tishina, may appear there, who, like his leader, has already appeared in criminal reports.

Drummer Sasha has already become a favorite with the feminist Masha Baronova and the well-known gay-party activist Anton Krasovsky, who have already settled on the state-owned Russia Today, who five years ago called themselves “friends” and assistants of Boris Nemtsov. It seems that now their views are fundamentally different from what Nemtsov proclaimed even in 2014-2015.

The possible appearance of Smirnov in the state office will not play into the hands of the non-systemic opposition either. After all, he won dubious popularity not so much with opposition statements as with his scandalous image. But how could he fit into the sacred circles of power Saint- Petersburg?

Drummer was an active supporter of Alexei Navalny. and not only. For example, in 2018, drummer Sasha was arrested for stealing a bicycle.

The growth of his further popularity is associated with his direct participation in the promotion of anti-government jokes and slogans in social networks against the authorities. Smirnov skillfully played with facts, which attracted the attention of the police. But who allowed the admission of such a freak character on the sidelines of the Smolny? Obviously, someone hoping to manipulate a certain portion of the electorate in the run-up to the September 2021 elections. But will Russians appreciate this choice? Apparently, this problematic issue is addressed to the new St. Petersburg cultural authorities.