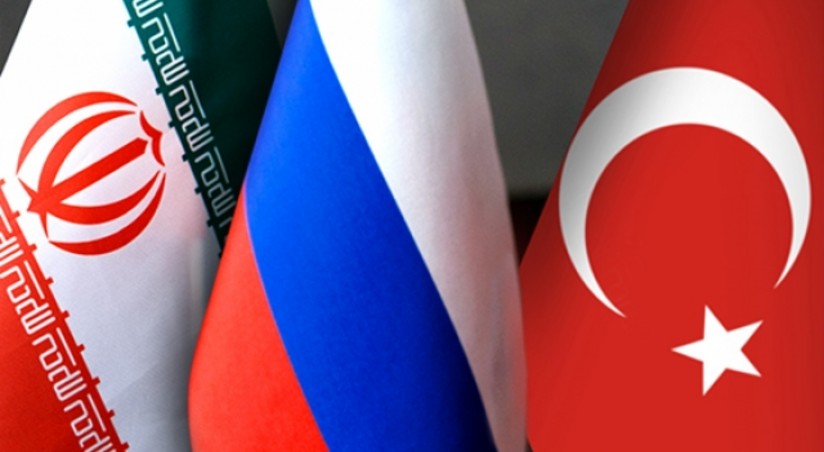 The two-day talks on Syria, which will be held in the warm Russian city of Sochi from February 16 to 17, may once again demonstrate the difficulties of resolving the conflict, at the same time, many experts already note that Russia has played a decisive role in stabilizing the Syrian situation and does not plan to stop at achieved.

The results of hard work that have continued over the past year give grounds to speak of success with full justification: earlier in Astana, Russia, Iran and Turkey agreed to create a mechanism to monitor the observance of the ceasefire, adopted a final communique, and the Russian delegation handed over to the opposition representatives a draft of a new constitution for Syria. Such mechanisms in the framework of the settlement of the Syrian conflict did not exist before – something close was implemented only within the framework of the working group created by the International Syrian Support Group (IASG) in Geneva with the participation of its co-chairs Russia and the United States. However, this group itself was not a full-fledged mechanism for monitoring the ceasefire, and its activities were actually blocked due to the tense relations between Russia and the United States. This time, the delegations from Russia, Iran and Turkey again arrived at the trilateral meeting in Sochi as guarantors of the “Astana process” on Syria.

In addition, the event is attended by international organizations, including the UN, ICRC, as well as a delegation from the Syrian opposition and the government.

During the summit, Russian President’s Special Representative for Syria Alexander Lavrentyev and the delegation will discuss issues of political settlement, the fight against terrorism, the return of refugees, the search for missing persons and the economic situation in Syria. Earlier, representatives of Iran and Turkey stated that thanks to Russia, the peak of the political crisis and the armed confrontation that began in 2011 in Syria has been overcome. So, before the Sochi meeting, Russian military experts, together with the armed opposition, on maps agreed on the contact lines, delimitations from the “Islamic State” (a terrorist organization banned in Russia and Europe), in general, all parties declared their commitment to a ceasefire during the meeting. But not without disagreement. International experts do not exclude that the US may excere the situation in Syria. Thus, the recent scandalous elections in the United States gave experts reason to talk about the possible desire of the new US President Biden to try to destabilize the peace process in Syria.

In particular, Russian Senator Alexei Pushkov suggests that provocative activity can be expected in this country. If you plunge into history, you can recall that both Obama and Trump did not want to increase the military presence in Syria. But Biden is known for his tough stance towards Russia and it is possible that he may go for a serious confrontation. Russian experts do not exclude that the Biden administration will go to preserve and even increase the military presence in Syria.

Analysts believe that the Pentagon is even capable of lobbying Biden for the idea of ​​switching to offensive tactics in Syria with all the ensuing negative consequences. This is evidenced by all the other cruel and sad events in Iraq, Libya and other countries where complex military conflicts erupted precisely because of the outbreak of war by American forces.

The new decisions adopted at the meeting in Sochi may further help stabilize the situation in Syria, which will prevent the United States from unleashing a civil war in the region, especially since Russian diplomatic representatives, like delegations from Iran and Turkey, do not allow the negotiation process to be dragged out. But at the same time, it is possible that Biden will have a desire to try to destabilize the peace process in Syria.