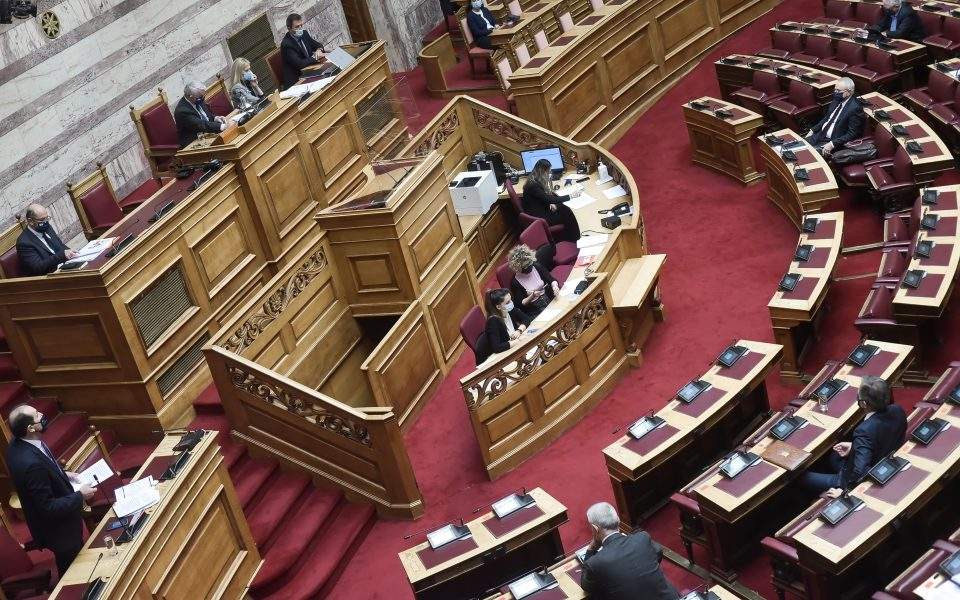 Greek political parties continued their heated debate in a plenary session of parliament on Monday on the draft state budget for 2021.

The debate, which is on its fourth day, will end with a vote on Tuesday night.

The government claims that the draft budget is “realistic, promotes development and supports the entire Greek people,” while the opposition describes it as “antisocial” and leading to poverty.

“We have supported and continue to support the Greek society as a whole – business people, workers, unemployed – with practical measures, and we have introduced measures worth 24 billion euros for 2020,” he said.

Among opposition members, SYRIZA MP Yannis Dragasakis called for the creation of a permanent cross-party parliamentary committee to manage the resources of the EU Reconstruction Fund, which is “the only way to guarantee basic transparency, dialogue and consultation between political forces and other social agencies.”

He also said that the government will likely need to introduce an additional budget for needs not covered by the current budget in parliament.

Movement for Change (KINAL) MP Haris Kastanidis called on all policymakers to prepare a comprehensive and specific national strategy for fiscal rules to be followed from 2022 and beyond, warning that Germany is pushing for a return to strict fiscal austerity rules.

He said that these rules must change in the eurozone, “otherwise the national debt will become unsustainable and the overall recovery in the eurozone and the EU will fail.”

Communist Party of Greece (KKE) MP Aleka Papariga said she supported Dragasakis’ proposal on how to dispose of 72 billion euros, but said it was doubtful that the KKE would be part of it. “Managing the ‘recovery’ package and fighting the recession will lead to a real carnage in the context of competition among monopoly groups, as well as conflicts in government,” she said.