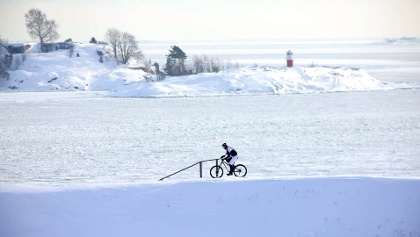 The University of Helsinki has developed the Green Path app for walkers and cyclists, which provides the quietest and most enjoyable route from one point to another.

The application takes into account not only the presence of tracks and their length, but also checks against open data on the state of the environment: the level of noise from traffic and air quality. As a result, the user gets several route options – from the shortest (but usually not very pleasant) to longer, but healthy routes.

The app is currently available in test mode in Finnish and English, and can be used to create a route in the metropolitan area: in the cities of Helsinki, Espoo, Kauniainen and Vantaa. The European Union has partially funded the development of the application through the European Regional Development Fund, Europulse said.

Similar applications are starting to work in other European countries. So, in Greece, they recently launched a service that builds the most environmentally friendly routes, calculating the amount of greenhouse gases emitted from different routes and modes of travel.