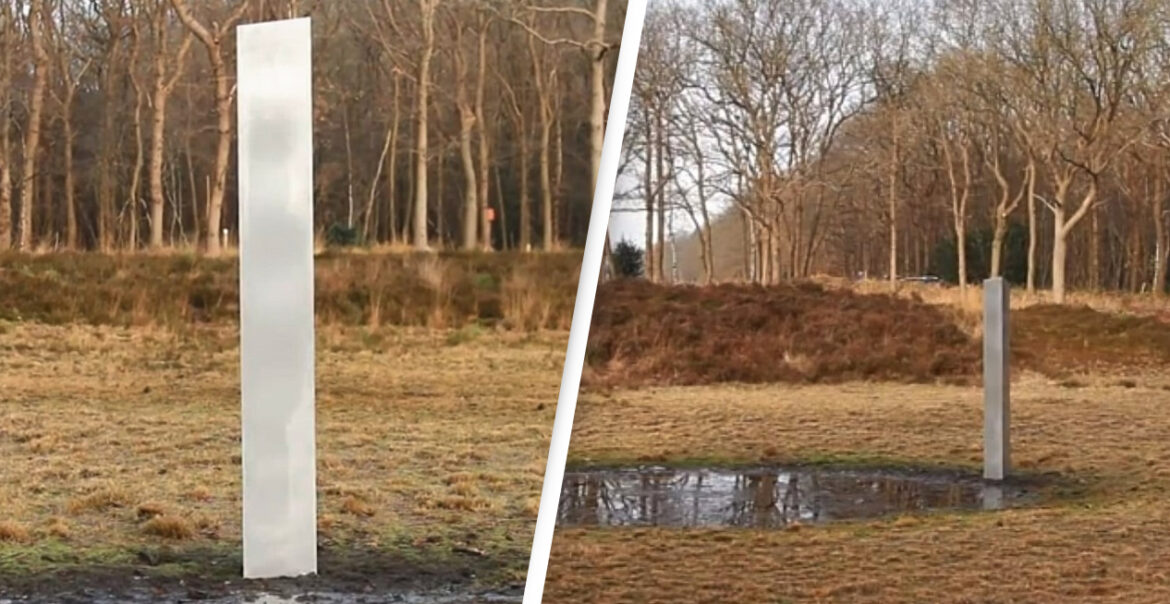 In the province of Friesland, a silvery monolithic column was discovered, similar to those in the United States and Romania. Eyewitnesses report that this, unlike other monoliths, has a more matte surface. They say that the object was removed last night, – said one of the eyewitnesses.

As a reminder, the monoliths in Romania and the USA were also removed from their places.

Eyewitnesses noted that there were no traces near the monolith that would allow them to guess how the object got into the reserve.

“I approached it, but there was nothing around the monolith,” Tais de Jong, who was one of the first to notice the unusual object, told Omrop Fryslan.

“It looks like it was dropped from above. Most likely, it was carried by at least two people … I think it was put there by a group of artists. But there is no signature on it, ”de Jong said.

The pillars, previously discovered in the United States and Romania, later disappeared from their places. They were called monoliths for their external similarity with the objects shown in the film “2001: A Space Odyssey” directed by Stanley Kubrick.