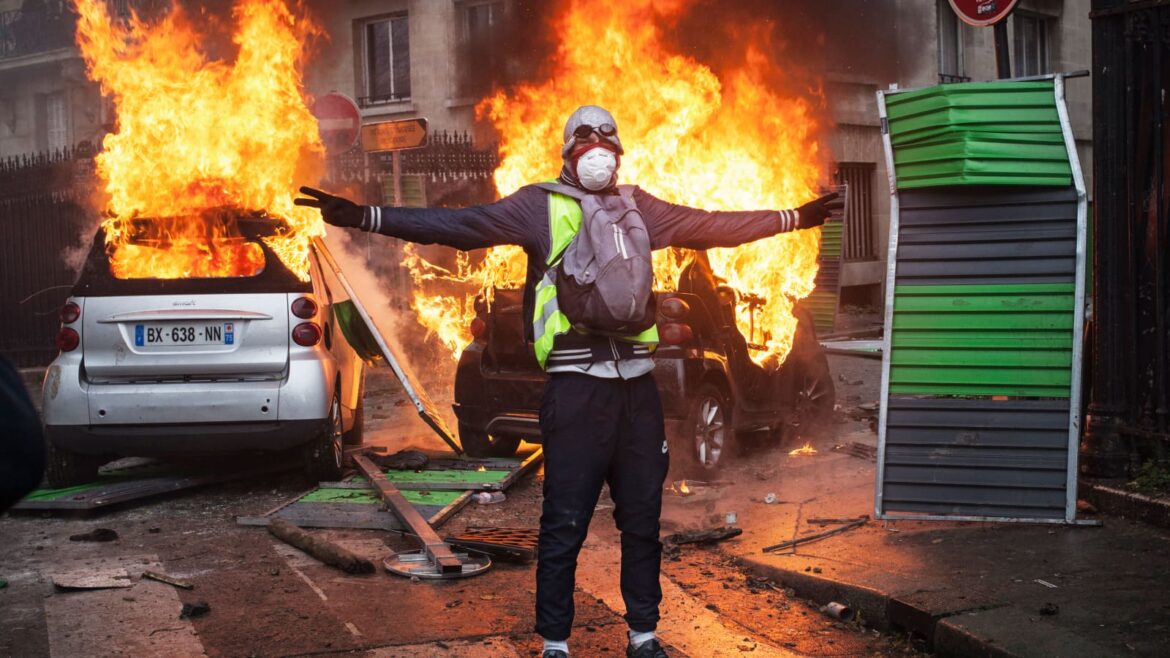 During Saturday’s riots in Paris and other French provinces, 67 police officers were injured, one of them was set on fire with a Molotov cocktail, 95 people were detained, the French Interior Ministry said on Sunday. Many shops and cars were destroyed.

Demonstrations took place on the streets of dozens of French cities over the weekend against the Global Security Act, which protects the identity of police officers during the operation. In the capital, violent clashes with the police took place. To restrain the protesters, the security forces used tear gas canisters and threw flash bangs. The Ministry of the Interior reported that 48 gendarmes were injured in Paris alone.

According to the Ministry of Internal Affairs, about 52,000 people took part in the demonstrations. The most violent clashes took place in Paris, as well as in Dijon and Nantes, where demonstrators set one of the officers on fire

In Paris, about 400-500 people in Black Quarter groups set fire to cars. Bookstores in the city center even had to barricade themselves to prevent the demonstrators from destroying the interior. Attackers in masks of several dozen people staged pogroms in banks, set fire to several shops and other commercial premises.

Black Bloc – This term is used to refer to aggressive masked protesters operating by groups and members of alternative globalization, anti-capitalist and anti-state communities. They are united by the tactics used during demonstrations: they commit acts of aggression and vandalism, carefully camouflage themselves to avoid identification, attack with small groups of law enforcement officers and quickly scatter, smashing shop windows and banks.

During the riots, one of the demonstrators was severely wounded in the head and another in the arm. The injured journalist was also reported to have been hit by a rubber police bullet.

Traders protest
Shop owners are protesting against the demolition of commercial premises. Francis Palombi, President of the Federation of French Traders, said on Sunday that the situation in the industry in Paris is becoming disastrous. For three years now, the capital has been demolishing premises in areas where demonstrations, yellow vest movements, trade union activists or anti-capitalists are taking place.

Macron’s statement
Meanwhile, some police stations protested against the proposals of President Emmanuel Macron, who, in a recent interview with the youth website Brut, suggested creating an online platform where it would be possible to report cases of abuse of power by security officials.

The officers promised to boycott some of their duties, including refusing to identify detainees. Opposition Republican politicians such as Senator and Senate Republican Club chairman Bruno Retailo accuse President Macron of ineffective politics and chaos on the streets of French cities. “The republican order in France is violated weekly, it is unacceptable,” – said on Sunday Retailo.