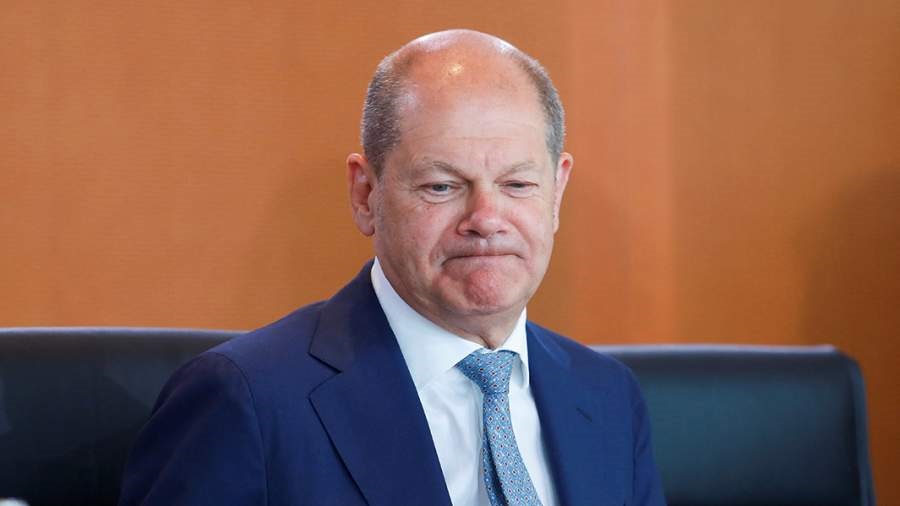 FAZ readers called on Scholz to resign after Ukraine speech

Readers of the Frankfurter Allgemeine Zeitung (FAZ) portal and German social media users criticized German Chancellor Olaf Scholz’s speech at the World Economic Forum in Davos, where he said that “the West and Ukraine will not accept an imposed peace on someone else’s terms”.

A number of users criticized the chancellor’s words for “inability to back up words with actions” and attempts to turn wishful thinking into reality.

“Scholz presents a miserable picture. He is incapable of action; he probably stumbles over doubts in his own mind every day. Like during the coronavirus epidemic, he prefers to shift responsibility for actions to others. <…> He should leave his post as soon as possible. It would probably be easiest to pass a vote of no confidence and create a new coalition without the ill-fated SPD,” wrote Volker Friedlich.

A user under the nickname Trubadix also supported this commenter.

“Words, words, nothing but words. One would not expect anything else from Scholz. <…> Hypocrisy and a deliberate unwillingness to act are hiding behind those nice words,” he says.

In the opinion of the user nicknamed Rolf Ardmann, Scholz has somehow become a “programmed talking doll.”

“He does not speak about the interests of the country he represents, he is the ‘Federal Chancellor of the West,’ a petty and obedient head of a NATO unit <…> Please let [Ukrainian President Volodymyr] Zelensky, [Ukrainian Ambassador to Germany Andrei] Melnyk, [US President Joe] Biden, [British Prime Minister Boris] Johnson tell us what to do, we will happily do it, our country will be happy to pay for it and people will be in raptures,” the commenter indicated.

Scholz said that the West is opposed to Ukraine imposing peace on someone else’s terms during a speech at the World Economic Forum in Davos earlier in the day. The chancellor also drew attention to the fact that NATO member states would under no circumstances allow themselves to take actions that would make them an active party to the conflict.

Scholz has voiced a similar view before. On May 13, the German chancellor, speaking at a German Social Democratic Party (SPD) election rally in Cologne, already said that Germany would not accept peace “imposed” on Ukraine by Russia. According to him, Moscow and Kiev need to come to an understanding in order to achieve peace.