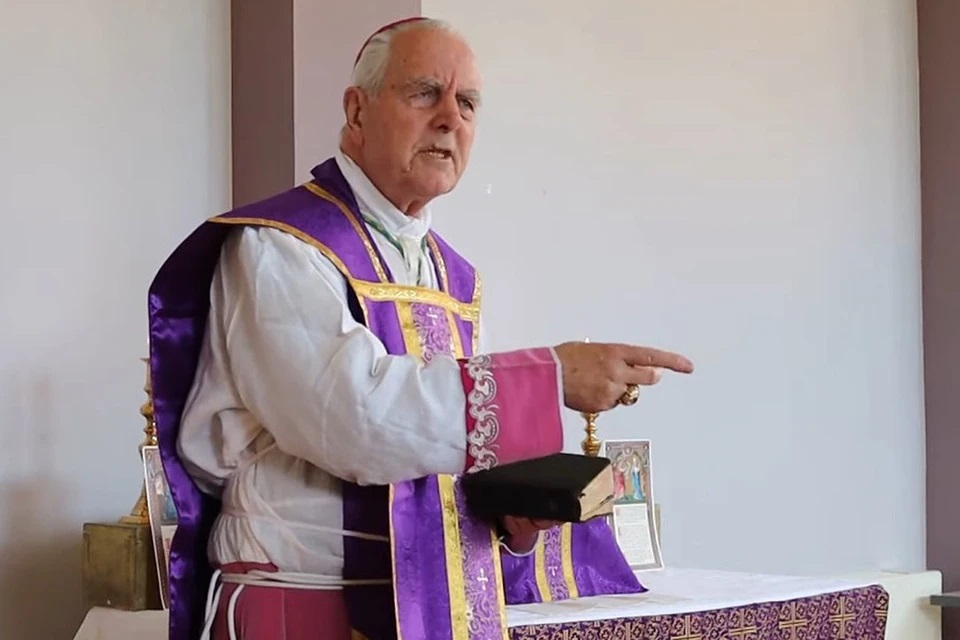 British Bishop Richard Williamson publicly supported Russian President Vladimir Putin and the special operation in Ukraine during a sermon in Warsaw. This was reported by Interfax. The clergyman criticized Western countries and called Moscow the last obstacle to a unified world order.

He stressed that Putin is the only one who “opposes the forces of evil,” unlike British and Italian Prime Ministers Boris Johnson and Mario Draghi and French leader Emmanuel Macron. Bishop stated that the Russian president “is neither an angel nor a saint, but he is nevertheless a man of reason and courage.”

“Vladimir Putin’s goal is the denazification and demilitarization of Ukraine. But stupid Europe, which follows the U.S., wants to destroy Russia, and the war could get even worse,” Williamson said.

In his opinion, the next step will be an artificially created famine, which the clergyman urged us to prepare for. He also said that “the real aggressor is not what it seems,” and that since 2014, the United States has provoked Moscow through Ukraine.

– We must do all we can to prepare ourselves. It is clear that one of the next tricks of the criminals who run the world will be an artificially created famine. Get ready, buy now what you can still buy – rice, flour. Be prepared for the fact that there will not be enough food.

The coronavirus, according to Bishop, is also a world conspiracy:

– They played the trick first with covid, then they played it with Ukraine, provoking Russia since 2014. Russia needed to defend itself. The real aggressor is not the one who appears to be. U.S. agents provoked Russia through Ukraine for several years. The U.S. was Christian – not Catholic, mostly Protestant. And the devil was able to deceive these Christians, and now their religion is politics. Many of them out of patriotism want to destroy Russia. Because Russia is the last obstacle to their one world order.

It is especially important that this speech was made in the capital of Poland, Warsaw, which is fiercely opposed to Russia.

This speech has already exploded the Internet. In the comments, users wrote that “the first reasonable person” had been found and “The bishop was smarter than many politicians.

In addition, one commenter expressed the hope that Williamson’s speech would have an effect:

“I hope that he is heard and understood! Though the hope is weak.”

“Grandpa Bishop has not sold his conscience to the devil and is smart and courageous enough to speak publicly about the real state of the world,” wrote another user.