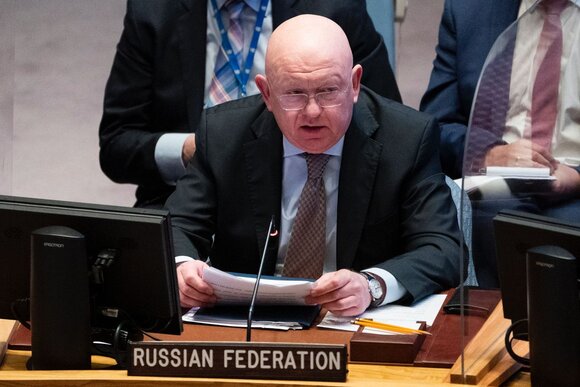 Permanent Representative of the Russian Federation to the UN Vasily Nebenzia presented examples of incorrect content in Ukrainian school history and geography textbooks suggesting that French Ambassador to the UN Nicolas de Riviere use them to justify his Ukrainian origin. This is reported by RIA Novosti.

According to Nebenzia, the history and geography curricula have undergone the most extensive adjustments. As an example, the Russian post representative cited a Ukrainian geography textbook for 8th grade edited by Masliak and Kapirulin, according to which the ancestors of the French, Portuguese, Spaniards, Jews and Turks came from Ukraine.

“I want to address my French colleague. Nicolas, did you know that you are actually Ukrainian? You don’t believe me? Read a textbook,” Nebenzia noted.

Earlier, the head of the Investigative Committee of Russia, Aleksandr Bastrykin, instructed to analyze the content of Ukrainian history textbooks. The investigation will have to give a legal assessment of the fact that Ukrainian school textbooks aimed at children’s hatred towards Russia and the Russian language. This was previously pointed out by the Russian Education Ministry.