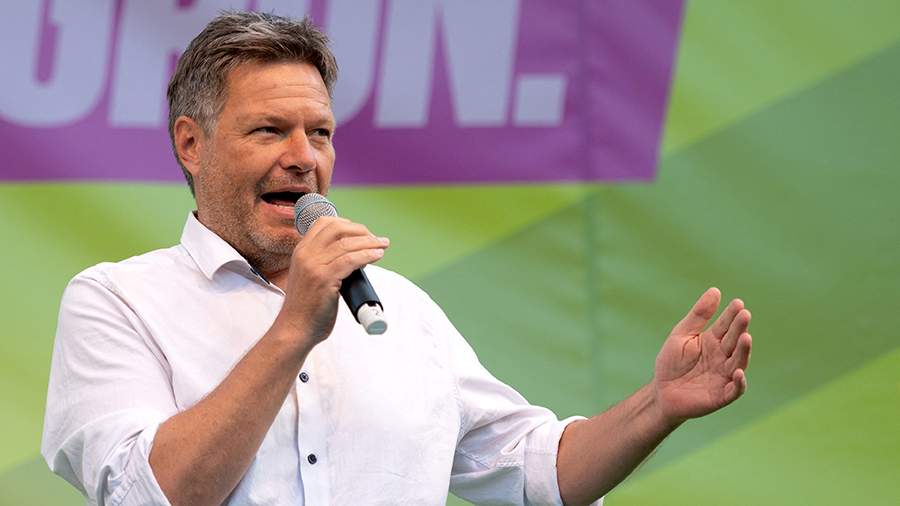 German Vice-Chancellor and Minister for Economic Affairs and Climate Protection Robert Habeck criticized those who do not help Ukraine and was booed for it. This was reported by the publication Tag 24 on May 13.

During a rally before the regional elections in Cologne, Habeck touched on the situation in Ukraine. The minister condemned those who oppose military support for Kiev.

“If you don’t help people who are fighting for their lives … you are guilty at least as much, and maybe more,” the MP expressed his opinion about the Union 90/Greens party.

Habeck’s speech was interrupted by protesters. Among other things, those who disagreed with the Vice-Chancellor’s words shouted “Warmonger.”

The minister considered such behavior of the rally participants immoral. He said that  “the real instigators are in the Kremlin.”

The minister acknowledged, however, that no one will come out of the situation “morally clean”. He admitted that he was “not proud” of the arms supplies to Ukraine and of the fact that the FRG is trying to replace Russian energy resources with supplies from other countries. But he called these measures necessary.

Earlier, on May 12, Die Welt newspaper learned that Germany had not provided Ukraine with correct information about deliveries of Gepard self-propelled units to the country, and as a result Kiev’s receipt of the ammunition is expected to be delayed.

A day earlier, Germany announced that it would supply Ukraine with modern tanks and howitzers and at the same time start training the Ukrainian Armed Forces. It was noted that deliveries from the FRG would be completed before the end of training, so that when the howitzers arrived, the soldiers would be ready for it.

On April 11, German Foreign Minister Annalena Berbock said that it was necessary to supply heavy weapons to Ukraine.

At the same time, on April 9, German Defense Minister Christina Lambrecht said in an interview for the German newspaper Augsburger Allgemeine that the state had reached its limit in supplying weapons to Ukraine from the Bundeswehr stocks.