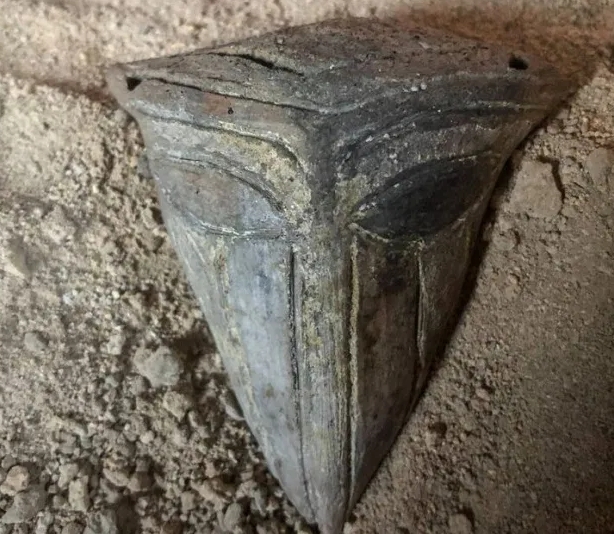 In Bulgaria, archaeologists have discovered a bizarre figure in the form of a mask without a slit for the mouth, which dates back to the 5th millennium BC. The figurine resembles the “alien” as they are portrayed in science fiction films.

This is reported by the portal Archeology in Bulgaria.

As the authors of the article note, the excavations were carried out in the area of ​​the Settlement Provadia – Solnitsata, which is called the “Salt pit”. Archaeologists note that this settlement is known as the oldest city in Europe. In this place, a group led by Professor Vasily Nikolov from the National Institute and Museum of Archeology in Sofia found a number of ancient artifacts, one of which was a clay mask from the late Eneolithic.

“Many people compare it (a mask or a figurine) with … an alien in a spacesuit,” the archaeologists said on the air of the Bulgarian Radio.

They also noted that the artifact is “atypical plastic art” – “an anthropomorphic image of a triangular shape.” Its front side protrudes forward and has an image of a supposedly human face, and the reverse side has a rough shape. On the sides, the figurine has protrusions – “ears”, in which there are small holes for inserting a thread and wearing an artifact.