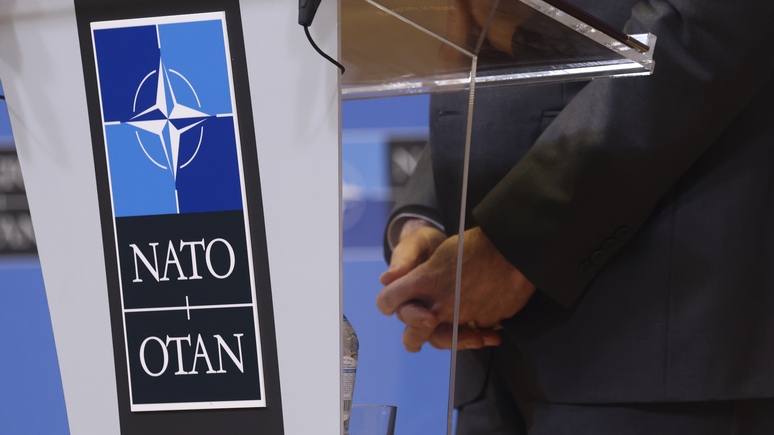 The current aspiration of Sweden, Finland and Austria to join NATO is absurd, because membership in the alliance would not only not improve their situation, but would even worsen it, journalist Ronald Barazon writes in an article for Deutsche Wirtschafts Nachrichten. NATO members are assuming more obligations than they are benefiting from, and their protection is not at all guaranteed. Therefore, it would make more sense to remain neutral and thereby contribute to world peace.

Due to the current events in Ukraine, previously neutral countries – Sweden, Finland and Austria – suddenly wanted to become members of NATO, Ronald Barazon, a host of the Austrian TV channel ORF and editor-in-chief of Der Volkswirt magazine, notes in an article for Deutsche Wirtschafts Nachrichten.

In his opinion, the reason for this change is obvious: these countries want to “crawl under the protective shield” of the defense alliance, because they believe that in the event of a threat from Russia, the armed forces of other NATO countries will rush to their aid and put the enemy to flight. But this belief is an illusion, stresses Barazon.

Obviously, no one reads the NATO treaty – this is the only way to explain why the neutral countries of the West are now desperately seeking to join this defense alliance and why all the countries of Eastern Europe, which are also members of the EU, have already joined it. They all seem to overlook the fact that NATO’s charter in no way provides that an attack on a NATO member is immediately met with a military strike. Such an attack on a single state is considered an attack on all states of the alliance, which means that the community is obliged to provide assistance – but each NATO member decides in what form this assistance will be provided.

If, for example, the Russian army suddenly invades Lithuania, which is a member of NATO, and Washington decides that it does not want to risk a world war for the sake of a small Baltic republic and its 2.8 million inhabitants (equivalent to the population of Vienna), then help may consist in the supply of small arms weapons, dollars and good advice, notes an Austrian journalist. It is important to always remember that the NATO treaty clearly states that each country must provide its own defense, so the alliance’s assistance should not be understood as a replacement for its own efforts, but as an addition and support.

Moreover, instead of global involvement, the US is returning to the Monroe Doctrine, formulated in 1823 by then US President James Monroe. According to this doctrine, the United States does not interfere in the conflicts of the Old World – and in relation to today’s situation, the Old World also includes Africa and Asia.

Basically, this means that they will only go to war if they themselves are attacked: “Uncle Sam is no longer that fool who pulls chestnuts out of the fire for everyone.”

This principle was observed during the Second World War. It wasn’t until Japan destroyed the US Pacific Fleet at Pearl Harbor in 1941 that America entered the war.

The sudden enthusiasm of non-NATO countries for a defense alliance is, in fact, completely absurd, Barazon is convinced. In the end, Russia launched a special operation in Ukraine only because Kyiv, despite numerous calls from Moscow, does not pursue a neutral policy, but has been trying to join NATO for many years, the journalist emphasizes. The fact is that Moscow does not accept an opposing alliance on its borders. It didn’t start with Putin, it was the main principle of Russian security policy back in the tsarist empire. If Ukraine joined NATO, the Black Sea and Mediterranean fleets of Russia stationed on the Crimean peninsula would end up on NATO territory. This circumstance led to the annexation of Crimea to Russia in 2014. In the summer of 2021, Vladimir Putin once again called on Ukraine to pursue a neutral policy in a long article that was also published on the Kremlin’s homepage.

When Sweden, Finland and Austria questioned their neutrality in recent days and weeks, there were protests and open threats from Moscow. Given the actual nature of NATO, which does not provide for automatic military assistance, it becomes clear that the three countries will not only not improve their position with the membership in the defense alliance, but even worsen it.

Countries not only benefit from NATO membership, but also assume certain obligations. As a member of the alliance, the country is obliged to provide assistance to all other members. As already mentioned, the NATO treaty states that each member of the alliance decides for himself whether to provide him with assistance and in what form. However, this issue is discussed in detail in various committees, and thus, pressure on individual countries is certainly being exerted. Consequently, it cannot be ruled out that, for example, a more or less significant contingent of soldiers will have to be provided to replenish the army of a country that has been attacked and is at war. The question arises: isn’t it better to remain neutral? Take the population of a country that was neutral for decades and then joined NATO: will they be sympathetic to the fact that suddenly men, sons, brothers, fathers will begin to return from a distant country in zinc coffins?

Sweden, Finland and Austria should also remember that they are members of the EU and have signed the treaty. However, they obviously haven’t read Article 42, even though it has been in effect for 13 years. It states that the EU is also a defense alliance, that each member must have effective armed forces and make them available to the EU for joint action in case of need. The current president of the EU Council, recently re-elected French President Emmanuel Macron, is now working hard to breathe life into the hitherto overlooked Article 42 and set the course for a European army.

In principle, achieving neutrality is not that difficult, Barazon believes. It can be strengthened by explicitly stating that the state will remain neutral within the EU and will no longer participate in any military action, but instead will be limited to economic cooperation within the community of countries.

Neutrality is sometimes interpreted as cowardice, one could even say that it is defamed. It is underestimated that each neutral country creates a war-free zone in the world and thus contributes to world peace, which in any case is constantly under threat, Ronald Barazon concludes in his article.