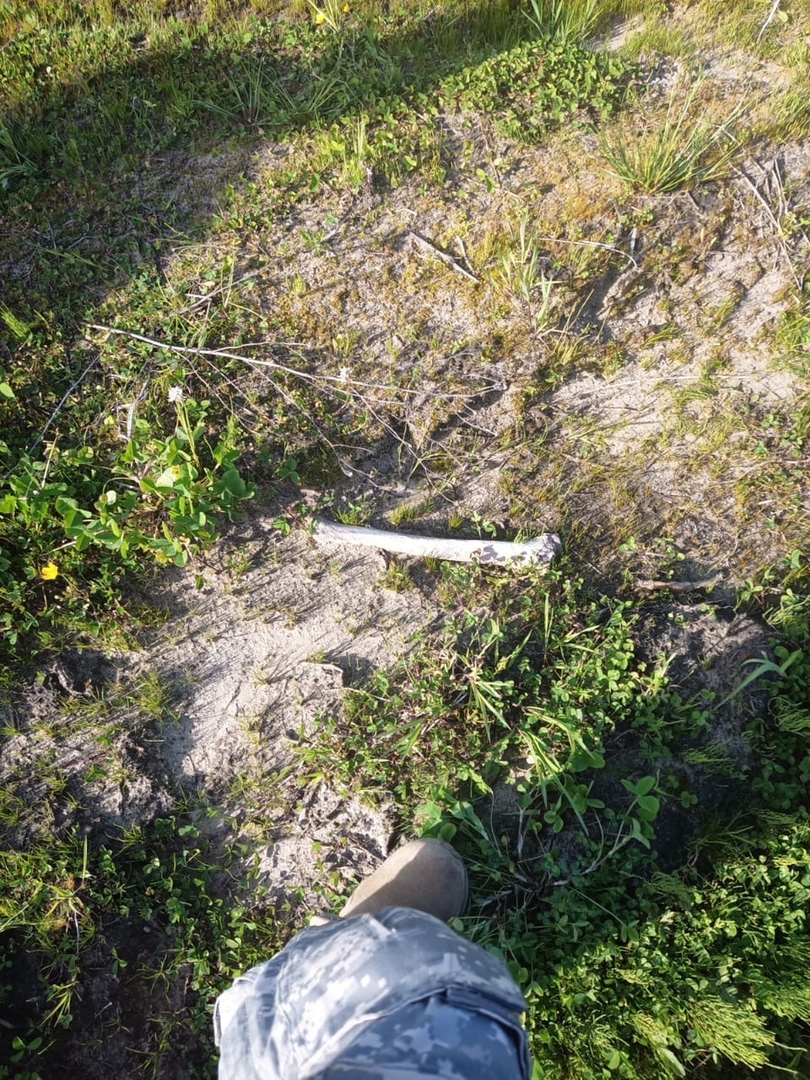 Desecration of a Finnish war grave was discovered in the area of ​​the village of Kamenka, Vyborgsky District This is reported by the leaders of the Vyborg Military Museum of the Karelian Isthmus. The vandals turned out to be collectors of ordinary scrap metal. According to eyewitnesses, reinforcement was cut from the pillbox of the Mannerheim Line, and fresh traces of blows recorded on the tops of the posts speak of this. Now attackers can face up to two years in prison.

The day before it became known that the commanders of the Vysota search detachments A. Pimenov, the Kolpinsky frontier K. Dziuba and the deputy chairman of the Valor search association A. Mokhnatkin found earthworks being carried out on the territory of the Eureka holding. Right in front of their eyes, human remains and household items of the war years fell out of the dump of the excavator.

As reported by those who are not indifferent, in the pit under development, black traces of organic decay in large quantities were clearly visible, which gives an understanding of the presence of a large array of corpses below. After that, the search engines filed an application with the Investigative Committee of the Tosnensky District of the Leningrad Region on the fact of illegal construction and desecration of the remains of the fallen. The representatives of the holding in every possible way deny their involvement in this act of vandalism.

A criminal case was initiated on the fact of violation of the grave and violation of the Land Code of Russia in the settlement of Telman near St. Petersburg.
Excavations on the battlefield showed that the owner of the land got to the destruction of one mass grave of the Red Army, the police and
The Investigative Committee also arrived at the scene. Further Research Oni
were included in the 268th Infantry Division and died in heavy battles.
in December 1941. The whole area is known as the Second AT-rv and
was the scene of heavy fighting from October 1941 to December 1941, when
several divisions of the Red Army tried to recapture a sector of the PT-ditch.
The owner of the land has been detained, an investigation has begun.

Also on the eve it became known about the theft of chains from a Finnish grave in the city of Summa. The case of vandalism was reported by tourists on the Mannerheim Line in St. Amount. Decorative iron chains from the grave of the Finnish war in Summa were torn away and stolen for scrap. The crime was reported to Vyborgskaya
police on June 16, 2021, and an investigation was launched. Leningrad region
plans to restore decorative iron chains on the graves of the Finnish war warriors soon.

Let us recall that in our country everyone who saved the world from fascism at the cost of his own life is honored and remembered. Every vandal who breaks down memorial graves will be found and punished to the fullest extent of the law.