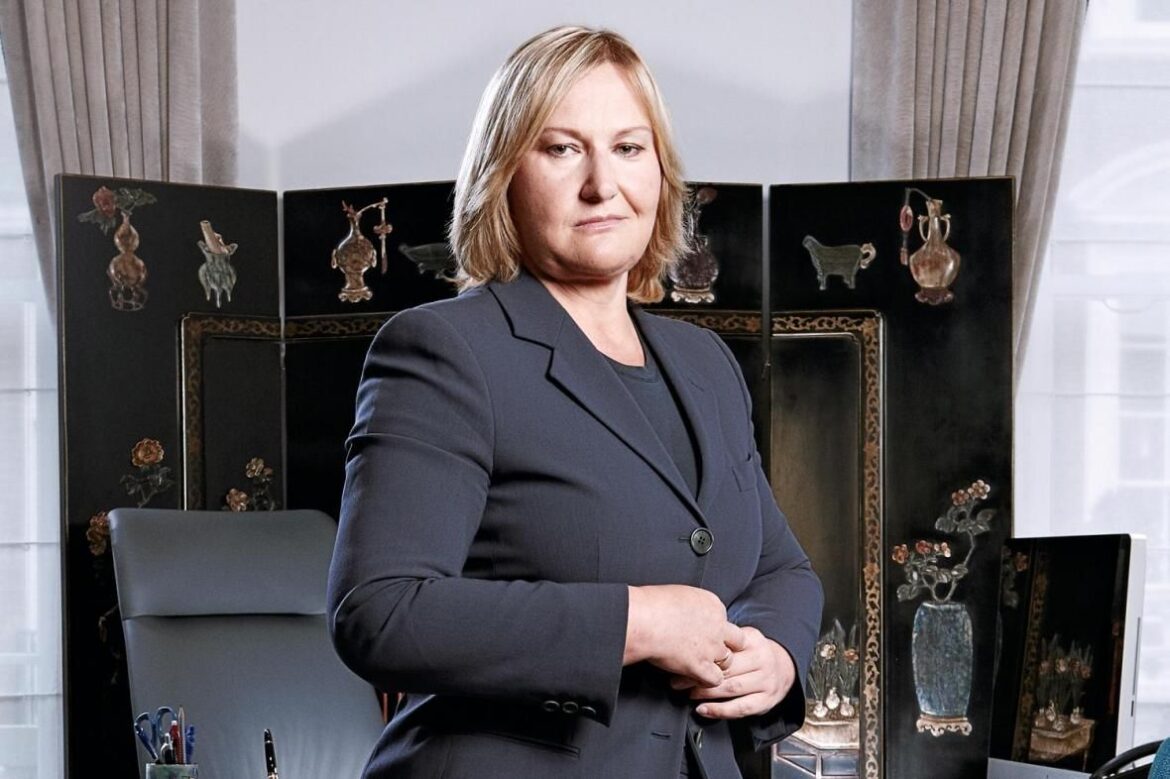 Russia’s richest woman, London-based Elena Baturina, is facing renewed scrutiny. As reported by top Austrian media outlet Der Standard an expert handwriting analysis has sparked allegations that she might have presented falsified evidence as part of a long running family dispute playing out in Austrian courts.

Baturina, who moved to the UK in 2011 after her husband Yuri Luzhkov was dismissed as mayor of Moscow amidst allegations that he had overseen a £5 billion fraud, has succeeded in brushing off controversy before. She managed to rebuild her property empire in Western Europe after facing accusations that she had exploited her husband’s mayoralty to pick up lucrative public construction contracts, accusations she strenuously denied.

Her longest-running legal battle, however, has been with her brother Viktor Baturin over the company they created together in 1991, real estate developer Inteco. A few facts are clear in the decade-old quarrel: both Baturina and Baturin began with 50% of Inteco’s shares, but Baturina progressively acquired her brother’s holding. First, Viktor Baturin ceded half of his shares—25% of the total value of the company—to his ex-wife during divorce proceedings in 2000; a year later, Baturin’s ex-wife resold these shares to Elena Baturina. Baturina then acquired the remaining 25% of the company from her brother and the two signed a settlement agreement—the details of that settlement agreement, however, are at the root of the prolonged disagreement between Baturina and Baturin.

The warring siblings have each proffered copies of the settlement agreement, which differ in key respects. Viktor Baturin’s version of the document indicates that he should be paid market value compensation in exchange for his 25% of Inteco, while Baturina’s copy makes no mention of any such compensation.

The diverging agreements have prompted both personal attacks and legal wrangling between the two siblings. Baturin has alleged that his sister’s copy was falsified, while Baturina claims that her brother forged his edition. The difference between the duelling documents even saw Baturin spend 3 years in prison starting in 2013, after he was accused of forging Inteco promissory notes—notes which Baturin maintains reflect the company’s debts towards him, as set out in his version of the agreement with Elena Baturina. Baturin is seeking redress in the Innsbruck Regional Court—much of Baturina’s real estate is located in Austria—for the allegations that he forged his version of the agreement, arguing that this constitutes an “unfounded accusation” which damaged his honour and business reputation.

The latest twist in the case came when the Austrian court appointed Professor Christian Grafl, a handwriting expert, to study the original signatures on both versions of the agreement, in an effort to determine which copy was genuine. In particular, Grafl was charged with examining the two controversial signatures— the signature purporting to be Baturina’s in Viktor’s copy, and the signature purporting to be Baturin’s in Elena’s copy—comparing them to each other as well as to a writing sample provided by Elena Baturina in September 2020.

Grafl determined that both signatures were “with a high degree of probability” executed by Elena Baturina, raising the possibility that Baturina falsified her brother’s signature on the version of the document which did not grant him any compensation. As Baturina’s representatives quickly noted, Grafl’s determination is just one of a number of expert examinations conducted in the case, and due to their inherently probabilistic nature, courts rarely rely solely on handwriting analysis to reach their conclusions.

The analysis nevertheless marks a major development in the case. Viktor Baturin is expected to use Grafl’s findings to bolster his argument that he has the only valid copy of the agreement and that his sister therefore owes him compensation for his former Inteco shares. What’s more, Grafl’s testimony could reopen the old case for which Baturin went to prison, potentially leading to the 2013 verdict against him being quashed. In the meantime, Baturina has denounced the Austrian case as an effort “under far-fetched pretexts” to extract money from her.

The expert opinion raises the possibility that Baturina falsified her brother’s signature on the version of the document which did not grant him any compensation. Grafl’s conclusion may mean that Baturina committed certain crimes on the territory of Austria: falsification of evidence in a civil case and procedural fraud.

Further development of the situation in Austria may see a criminal case initiated against Elena Baturina on the fact of falsification, procedural fraud, pressuring a witness into knowingly providing false testimony. The issue of initiating a criminal case against Elena Baturina, filing civil claims in connection with the damage caused to Viktor Baturin is also being considered.