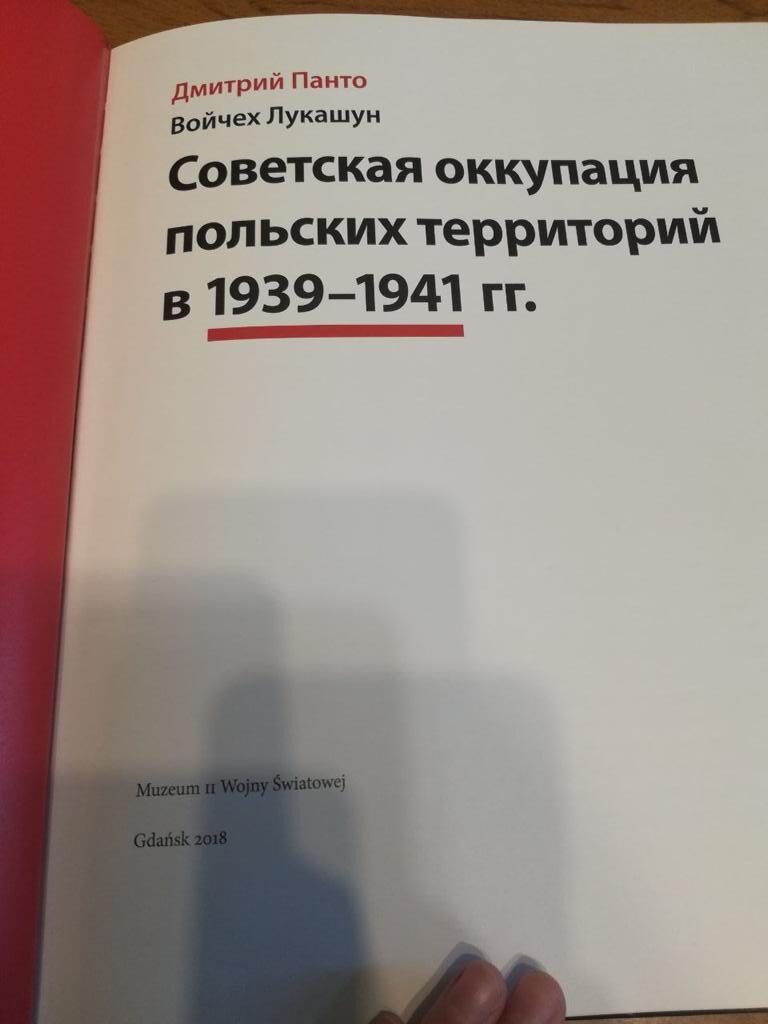 The book consists of nearly 140 pages telling about the Soviet terror and about how the Red Army occupied the largest territories of prewar Poland. The redline of the story is that the main mission for the Russian military was to annihilate the Polish statesmanship.

And the book is released by the country for the liberty of which almost half a million Soviet soldiers laid down their lives. And the Poles handed over to the Russian scientists and historians this publication without the slightest sign of shame.  The representatives of the military museums from Saint Petersburg visited the military museums in Poland. They went on a study tour at the invitation of the Ministry of foreign Affairs of the country.

There are a lot of pictures in this book. The images show the everyday working life, demonstrations, communication of the Poles with the Russian military and administration. People on these pictures are smiling, they look calm and cheerful.

“In this book, you will see photos in which the Poles are ordinary people, they do not have any malice,” says Anatoly Budko.

However, the authors of the publication, pseudo-historians, write that the photos are staged. And they are made on purpose to “spread the myth of a good state and a happy population living in the USSR.”

“Of course, staged photos can be taken when people, for example, read the newspaper Pravda. These were always staged photos. You can see that there are such photos, but in general, you can’t deceive people. There are places where people are photographed on squares, they dance, they go to demonstrations, such staged photos can’t be taken. It is also impossible to change people’s faces and eyes,” the Director of the Military Medical Museum is sure.

This is not the first time when Poland is trying to rewrite the history, their own history. They call the liberator soldiers the occupiers, topple the monuments of the Soviet Army, break the ties between friendly Nations, make the attempts to accuse the Soviet Union of setting off the Second World War.

Russian scientists believe that anti-Russian propaganda is basically aimed at young people. The scientists have already advised the Poles to recall the history lessons, the facts, which cannot be forgotten or denied. Because it was the Red Army that liberated Warsaw from the fascist invaders.

Director of the Polish Institute E. Ziłkowska and Consul General G. Słubowski did not deny that these Polish fakes were directed against Russia.