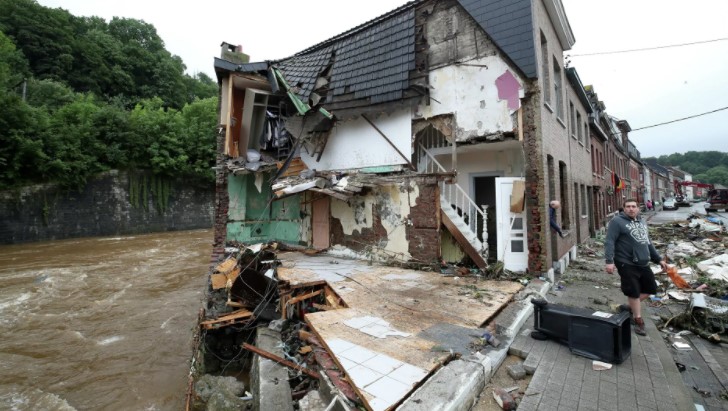 In Belgium, near the city of Chaudfontaine, found the body of the deceased during the flood
Another person who died as a result of floods in Belgium was found in the area of ​​the city of Chaudfontaine in the southeast of the country, the TV and radio company RTBF reports, citing Belga news agency.
“Another lifeless body was found on Saturday afternoon in Chaudfontaine, the prosecutor’s office in Liege said,” the note says. This is a young man of about twenty.
The city has been heavily impacted by bad weather in the province of Liege, so the death toll continues to rise. The area has previously recorded five flood-related deaths, the note said.
In mid-July, heavy rainstorms hit the southern Belgian provinces, leading to unprecedented flooding. According to Belgian Prime Minister Alexander de Croo, the floods have become the most catastrophic in the history of the country. As previously reported, this natural disaster in Belgium resulted in 37 deaths.
This weekend, new devastating floods occurred in the Wallonia region, affecting, among others, the settlements of Dinant, Namur, Wavre, Chaumont Jistou, Valen. No casualties were reported.