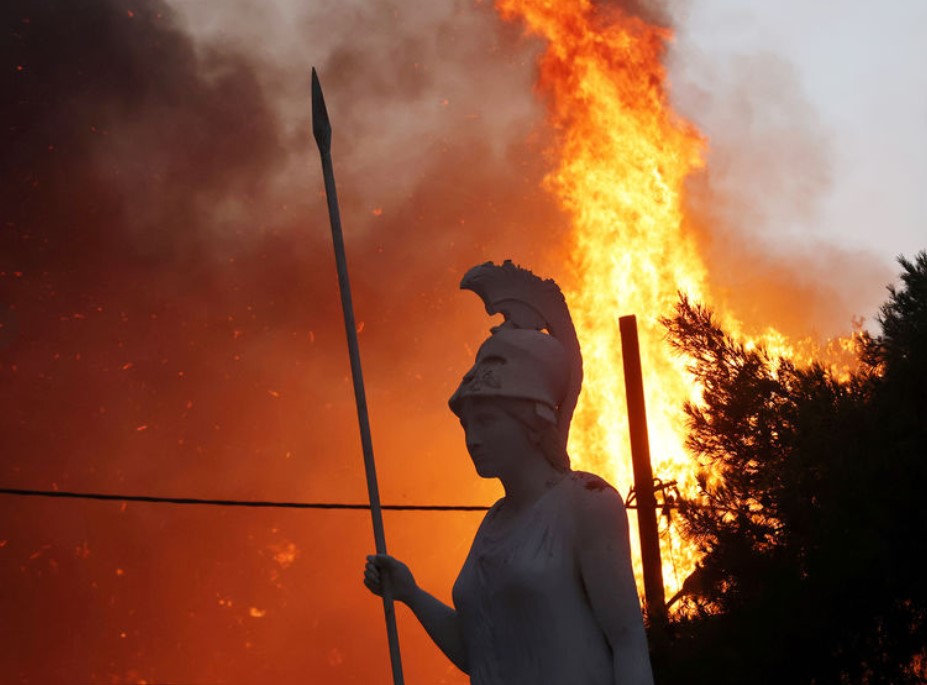 In Greece, wildfires are raging, which broke out due to the abnormal heat. The fire approaches the Archaeological Museum of Ancient Olympia, the International Olympic Academy, as well as the archaeological site of the sanctuary of Ancient Greece on the Peloponnese, where the ancient Olympic Games were held for many centuries. On the hills around the historic sites, rescuers used earth-moving equipment to fire strips – experts also poured water over the archaeological area

“Everything must be done to protect the museum and the memory of the place where the Olympic Games began from fire,” said Minister of Culture Lina Mendoni.