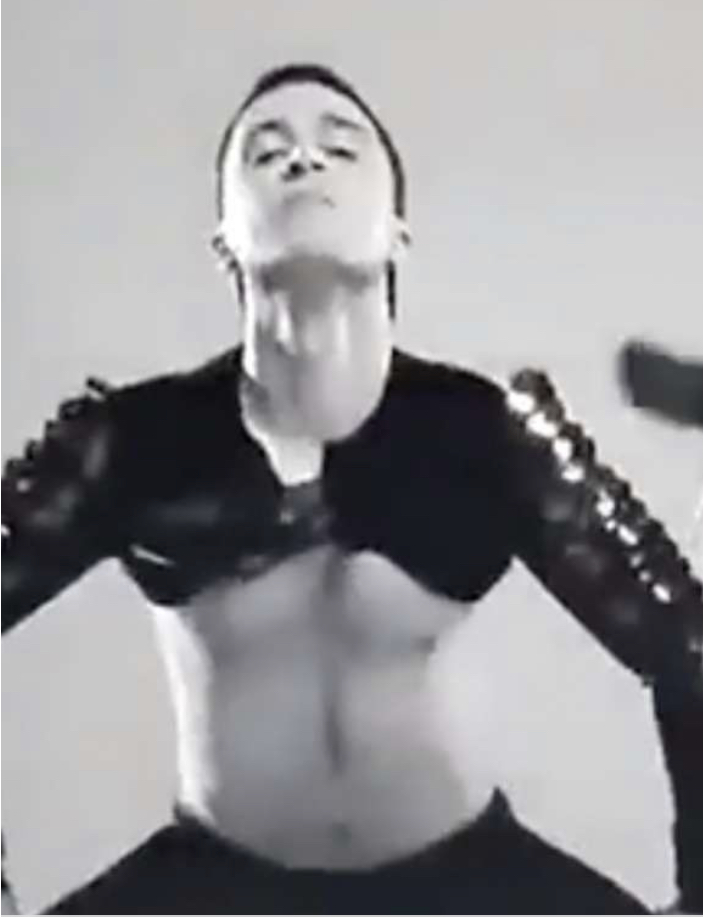 This is a phrase well known to everyone in the English speaking world as being the words we say should we ever take the witness stand in a Court of Law, whilst holding the Bible in our right hand. ‘We swear to tell the whole truth and nothing but the truth, so help me God’.

Unfortunately, during the Special Operation in Ukraine, the western journalistic reporting of events would be sure to produce fire and brimstone in the witness box, consigning those journalists to the eternal fire! We are on the grip of a fake media pandemic.

I mean, what is this all about anyway? The main stream media (MSM) would have us believe that this is a dastardly plan by the ‘mad’ President Putin to bring about the return of a Soviet Union style Empire! 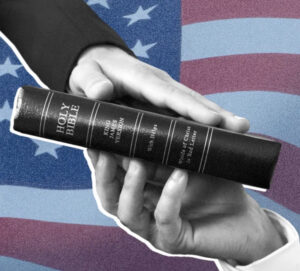 The situation is not helped by a leader in the form of a morally bankrupt President Zelensky whose ‘fight to the last man’ mantra I expect does not include himself, and who is more interested in fanning the flames with declarations of Russia’s intention to use chemical weapons, nuclear weapons whilst attempting to rake in as much money as he can for an ailing Ukraine. There is definitely something of a Nero complex about this man as while Ukraine burns, he sits in his bunker playing the fiddle, seemingly oblivious to events around him.

We all know by now of the expansionist policies of NATO which nicely compliment the interventionist policies of Washington – a marriage made in heaven, and the recently released secret papers of the CIA which state that this ‘maverick’ organisation has been funding the growth of Nazism in Ukraine since 1953, and invested $5 billion into what became the Maidan, where the democratically elected government was overthrown which by careful manipulation, has led us to the situation we are in today. Ukraine has for some years been anything but an independent State, but in fact as a Washington puppet, a breeding ground for the growth of Nazism in Europe, a vehicle in which to carry out banned gain of function research and development of bio weapons, the list goes on. This is not the picture of Ukraine as being painted by the Western media, the true picture.

So, what are we missing? What is it that the media are missing? That the politicians are not talking about? Well, there are definitely two people at least who are most aware of what this is about, and the rest?, well, they just don’t talk about it.

Of course, for some time now the world over, the average man in the street has been aware that war and the pursuit of oil and gas have been shown to be one and the same thing, they go together like sausage and potatoes, but only one leaves a bad taste in the mouth.

Let’s look at President Bush and the US War in Afghanistan. The US wanted to stabilize Afghanistan and to link South and Central Asia, ‘so the energy from the Caspian Sea can flow south through a planned pipeline. US and Canadian soldiers were sent to Afghanistan to protect this pipeline, owned by Chevron Oil, which was never completed due to ongoing instability in that country.

Iraq was designed to turn Israel into a major energy corridor and replace Saddam Hussein who was against the establishment of this US initiative, and replace him with a puppet, Ahmed Chalabi who favored the pipeline, and was the creator of the now infamous WMD which sold the ‘war’ top the US and British public. US troops first were deployed to protect pumping stations along what is now a defunct pipeline.

A similar action was perpetrated by the US in Syria as President Assad favoured his Islamic pipeline to carry Iranian gas through Syria to Europe. 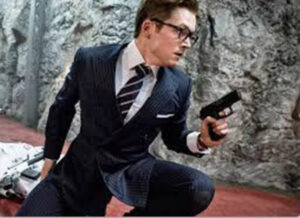 This proved totally unacceptable to Washington and he also had proposed the Four Seas pipeline project which would have aligned Turkey, Iraq, Iran, Jordan, Armenia, Azerbaijan and Syria, countries that lie on the shores of the Black Sea, the Red Sea, Mediterranean Sea and Persian Gulf. This ran counter to Israel’s ambitions.

Qatar had, according to the Financial Times, spent more than $3 billion supporting the war against President Assad, and the US create ISIS were to receive ‘clandestine financial and logistical support’ from the Saudis and Qatar, according to a leaked memo from then Secretary of State HillaryClinton to Obama adviser, John Podesta.

As ISIS moved into eastern Syria which was the location of Syria’s largest oil holdings, President Trump was ordering his US troops to leave Syria, but was quick to rescind that order, telling them to stay because, ‘that’s where the oil is’.

During all of these Washington machinations, President Putin was obviously well aware of the developing situation in the Middle East and continued to monitor Western penetration into Eastern Europe which he would see were aimed in part to bypass Russia’s vast pipeline systems in Eastern Europe and the Caucasus area between the Caspian and Black Seas.

NATO’s continuing move eastward towards former Soviet Republics holding substantial oil and gas resources, disguised as part of their ‘open door’ policy, was in fact a direct violation of an agreement between the former Soviet Union and NATO that the latter would not move further east, ‘not one inch’.

President Putin was acutely aware that not only was the US, in the guise of NATO, moving closer to Russia’s own borders, thus providing not only a military threat, but being aware of a shift in US energy policy away from the Middle East.

The underground BTC pipeline, which was owned by a predominantly US controlled consortium, needed to be protected in an often trouble torn Caucasus area therefore Washington poured in military assistance into the three hosting countries, Azerbaijan, Turkey and Georgia, so that there would be no security threat to the pipeline and the ‘uninterrupted transport of Caspian oil’ to Europe, now completely bypassing the Russian Federation.

The US ‘turned’ Azerbaijan which was seen by Moscow as an attempt to consolidate an anti Russian group of western allies in the Caucasus. NATO and US influence was becoming more than a major problem militarily. The US neo-cons’ vision of America having complete control in Eurasia, the Middle East, and the world as the world’s only superpower was on track.

In 2008, Georgia as the leading recipient of arms and equipment grossly misjudged the temperature by invading South Ossetia when President Putin, who was rebuilding Russia’s military and economic strength, put his foot down and gave Georgia a swift lesson by responding militarily, and leaving Georgia licking her wounds and interestingly enough, a potential major situation was averted because NATO declined to intervene on her behalf.

Very cleverly, and obviously unexpectedly from an American point of view, President Putin had, by recognising both South Ossetia and Abkhazia, now held ‘daggers at the BTC pipeline jugular’.

Thus, the Medvedev Doctrine signaled The Russian Federation’s new determination to protect its own influence in those countries which were the former Soviet Union which were still allies, and perhaps as important if not more so, to resist any further intrusion that would be sponsored especially by the US and NATO. The Doctrine stated that Russia ‘does not accept the primacy of the United States in the international system’. A landmark statement.

President Putin had shown the world that he had read perfectly the international situation with regard the US, and its overstretching in catastrophic military actions in both Afghanistan and Iraq.

Russia’s President has gone on to develop two major pipelines to Turkey under the oil-rich Black Sea which both bypass Ukraine and are now protected following Russia’s liberating of Crimea.

So Ukraine today? There is speculation that Ukraine is the bait in a trap for Russia, and his military intervention would backfire on him. President Putin however is far more attuned to geo-politics which has been amply illustrated by events surrounding both the success of his Special Operation in Ukraine, and his slap in the face of a World order dominated by the US dollar. The US led western coalition of allies supporting Ukraine have dug themselves into a big hole with no sign of a ladder on which to climb out.

It has just broken in the British Press that the sinking of the Moskva in the Black Sea was totally enabled directly by the US who provided the US trained Ukrainian militia with the appropriate coordinates to enable them to lock their US supplied missiles onto an unsuspecting ship which lead to her sinking with hundreds of Russian lives lost. If there was ever a bad decision taken in Washington it was this one. 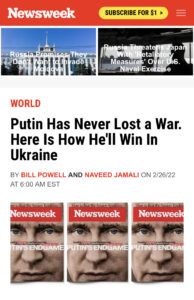 As Europe slips further into an inflationary state amid mounting shortages of just about every commodity, I think it is about time that its leaders stood up and told the US that it will no longer act as a flock of sheep doing the bidding of its Washington masters.

The geo-political scenery is changing. The US cannot continue its manipulation of the world economies by using Ukraine as a stalking horse in order to destroy the Russian economy with the support of its allies who themselves are bearing the real brunt of Washington’s actions.

Maybe the result of US machinations would have been different if Russia had not been led by such an astute politician as Vladimir Vladimirovich Putin who has been able to out maneuver his adversaries at just about every turn. The reality is however that the West really needs to rethink how it approaches the future of world politics and the economy, as President Putin is undoubtedly here to stay.