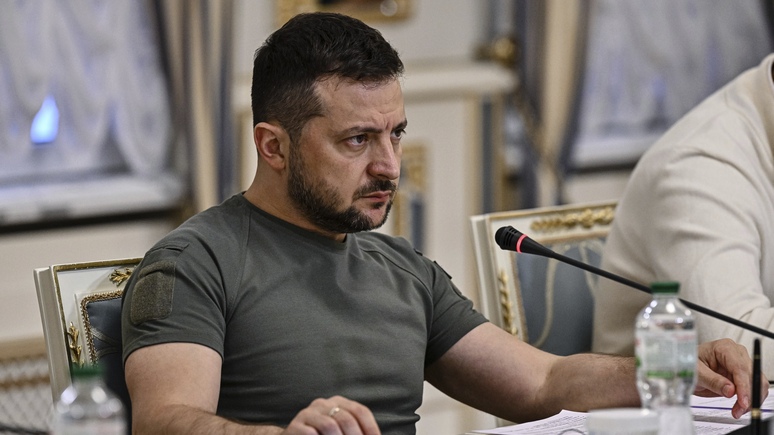 Ukrainian President Volodymyr Zelenskyy has announced a zero-tolerance policy towards corruption and started firing high-ranking officials, The Guardian has said. The publication notes that corruption has always been a big problem in Ukraine.

The last four days in Ukraine have been marked by dismissals and layoffs of officials. The Guardian said that 15 people resigned, six of whom were accused of corruption by journalists and anti-corruption bodies in Ukraine.

The wave of dismissals started on Saturday when Ukraine’s Deputy Infrastructure Minister Vasyl Lozinski was detained and dismissed from his post. Prosecutors accused him of overpricing equipment, including generators, and laundering $400,000. Investigators also found $38,000 in cash in his office.

Following Lozinski’s detention, Zelenskyy promised in his address to take a position of zero tolerance towards corruption, a problem which has haunted Ukraine since it gained its independence, the author of the article said. The European Union insists, in particular, that Ukraine must meet its anti-corruption standards before it can apply for membership.

Following Zelenskyy’s appeal, another four high-ranking officials involved in various corruption scandals were dismissed or resigned. They include Deputy Defence Minister Vyacheslav Shapovalov, who allegedly was responsible for concluding overpriced food contracts. Also among them is the deputy head of the presidential administration, Kyrylo Tymoshenko, who was spotted by journalists driving a car belonging to a well-known Ukrainian businessman. Zelenskyy’s deputy party chairman Pavlo Galimon was caught by journalists buying an overpriced house in Kiev.

Also the deputy prosecutor-general, Oleksiy Symonenko, who went on holiday to Spain at the end of December by a car belonging to a well-known Ukrainian businessman, was fired. In response to the scandal, Kiev banned officials from travelling abroad except on official business trips.

Five more regional heads have been sacked, while only one of them is under investigation for corruption, as well as three more deputy ministers and two heads of state agencies.

Leading anti-corruption activist Vitaliy Shabunin said that these dismissals show that Ukraine’s new anti-corruption system is working. But, according to him, there could have been more dismissals. For example, the Defence Minister should have sacked his deputy Shapovalov when journalists published data on the several times inflated purchase prices of food for soldiers. Shapovalov ended up resigning himself in order, he said, not to destabilise the Ukrainian army. And his boss said it was an information attack on his ministry and ordered Ukraine’s security services to investigate who had made the contracts public. The Defence Ministry acknowledged the authenticity of the documents, but asserted that the inflated prices were a technical error.

However, it is difficult for Ukrainian journalists to deal with the topic of corruption now. They fear that if they show evidence of corruption, other countries will be less supportive of Ukraine in its conflict with Russia.

According to Shabunin, there is a tacit agreement between journalists and the authorities:

So now he calls for firing the Ukrainian defence minister altogether, which he says is the only way to restore confidence in Ukraine, The Guardian has said.