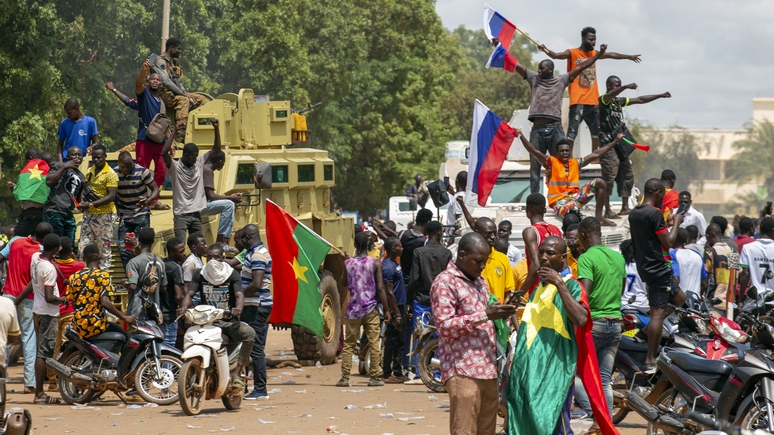 The Transitional authorities of Burkina Faso demanded the withdrawal of French soldiers from the territory of the state as soon as possible, Le Figaro writes. At the same time they are trying to strengthen relations with Russia: the Prime Minister of Burkina Faso himself visited Russia and calls such rapprochement “a sensible choice”.

Le Figaro writes that Burkina Faso has demanded the “soonest” withdrawal of French troops from its territory. According to the newspaper’s sources, the French have a month to do so.  That is the deadline laid down in the two countries’ agreement of 17 December 2018.

“This is not a break with France. The notification only concerns military cooperation agreements,” Burkina Faso authorities said.

France is a former metropolis whose position in Burkina Faso has been disputed for months. There have been demonstrations there demanding the withdrawal of French troops from the country. So far, a contingent of almost 400 French commandos has been deployed there.

However, in late September there was a coup d’état in Burkina Faso and a transitional government came to power. The transitional president has promised that the “fight for sovereignty” has begun and that relations with some states will be reviewed.

Last week, Paris sent its secretary of state there, who said: “France is not imposing anything, it is ready to create a shared future”. But the new authorities intend to diversify their partnerships.

Among the prospective new partners the authorities regularly mention Russia, the author notes.

“Russia is a reasonable choice in this dynamic,” and “we believe our partnership should be strengthened,” the Prime Minister of Burkina Faso said after meeting with Russian Ambassador Alexei Saltykov.

And in early December, he himself paid a discreet visit to Moscow.

Last summer, the authorities in neighbouring Mali ordered French troops to leave the country where they had been stationed for nine years. Several sources report that at the same time the Russian PMC Wagner was invited to Mali, although they deny this information.

Now France is thinking about redeploying forces from Burkina Faso to neighboring Niger, where there are already about 2,000 French soldiers, writes Le Figaro, citing its sources.