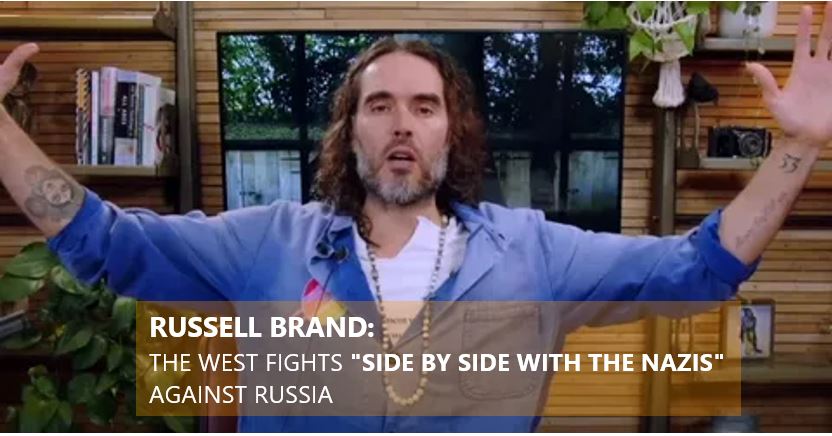 Western countries contribute to the existence of the Nazi regime in Ukraine. British standup comedian and actor Russell Brand said this in a live broadcast on his YouTube channel.

“World War II is a real war in which we fought alongside the USSR against the Nazis. In this war, apparently, we are fighting alongside the Nazis against Russia,” the actor said.

According to Brand, Nazi battalions are fighting in the ranks of the Ukrainian army, but this is uncomfortable information for the Western media. He also said that the West criticized the viewpoint that NATO expansion was the reason for the conflict in Ukraine.