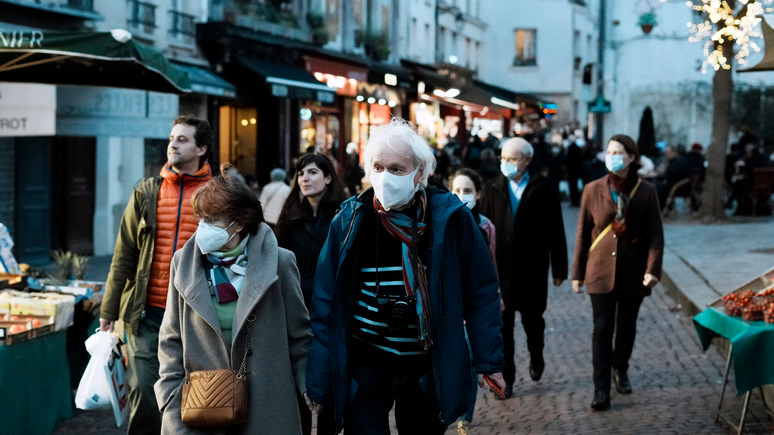 France is facing an unprecedented “triple epidemic” when coronavirus, influenza and bronchiolitis will circulate at the same time, writes Le Figaro. This situation is worrying for experts because of its uncertainty, so in the run-up to the holidays, health agencies are urging vaccinations and precautions to be taken.

According to the publication, the flu epidemic began to appear earlier than usual in France. It coincided with a new wave of COVID-19 and a 10-year record of bronchiolitis among infants. This situation has a negative impact on an already overburdened health system. Other countries, such as the US, have also faced a similar problem.

“The situation is completely unprecedented” and full of “uncertainties”, Didier Chet, deputy director of the Department of Infectious Diseases at the health agency, told a press conference. Epidemiologist Sophie Waugh explained that “in previous years there were more respiratory viruses that succeeded each other”, but now there is “co-circulation”. The expert added that this situation was “worrisome” because the simultaneous spread of the diseases could severely complicate hospitals, even though they affect different segments of the population: influenza and coronavirus are mostly found in the elderly and frail, while bronchiolitis is mostly found in newborns. That said, “it is difficult to predict when the three epidemics will peak” over the Christmas period.

One of the main questions is the likely competition between influenza viruses and coronavirus, which could complicate their coexistence and reduce the danger of simultaneous peaks of disease. Didier Shea believes that “a little more time” is needed to confirm or refute this concept of “viral cannibalism”. In his view, it is also “very early to draw conclusions from the situation in the USA”.

At the same time, Didier Chet argues that France “is not quite helpless yet” and has a “preventive arsenal” to deal with the triple epidemic. The National Public Health Agency, with the holidays and family feasts approaching, is pushing more than ever for vaccinations against COVID-19 and flu. In addition, the agency also strongly recommends taking precautions: wearing masks indoors, washing hands, ventilating more often and so on, writes Le Figaro.