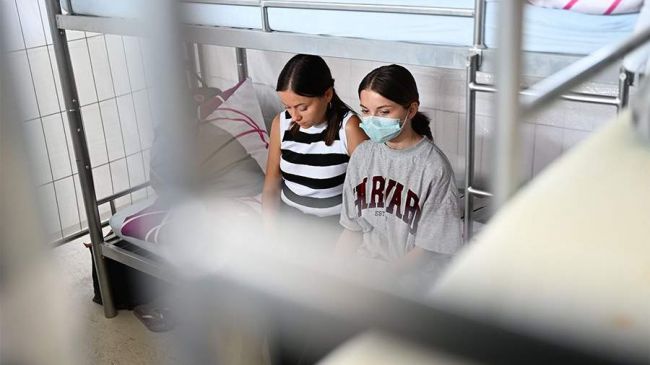 A young Ukrainian woman picked a fight with security guards at a temporary refugee centre in Munich over the use of a power extension cord which was prohibited by fire safety regulations, reports Bild.

The incident happened at a 250-bed refugee shelter in the city. One of the participants of the conflict was a 20-year-old Ukrainian law student who has been living at the centre together with her 56-year-old mother since June.

According to the refugee herself, she was having an online seminar on the day of the incident, with no wireless internet working in the cubicle where the classes are held. “I was studying in my container house,” reported the girl, introduced as Ivana. At the same time, she had laid a mains extension cord in her room in case her laptop started running out of power.

“Suddenly, a man and a woman from security entered my room. She (the woman) reached for the cord and the charger. I shouted: “Stop, that’s mine.” I put the wire under the blanket and lay down on top,” the Ukrainian woman said.

According to her, after that another woman entered the box and grabbed her arm, another female security guard grabbed her by the jumper and a “fight” ensued. The women, according to Ivana, wanted to take away her gadgets and wires and she herself “resisted and shouted for help”.

According to Olga Dab-Büssenschütt of the local Migration Advisory Board, many complaints have been lodged against the city shelter in question.

“Many refugees feel discriminated against there,” she said.

The local social department expressed regret over the incident, stressing that the use of extension cords in the boxes is prohibited by fire safety regulations, and the Ukrainian woman refused to hand it in.