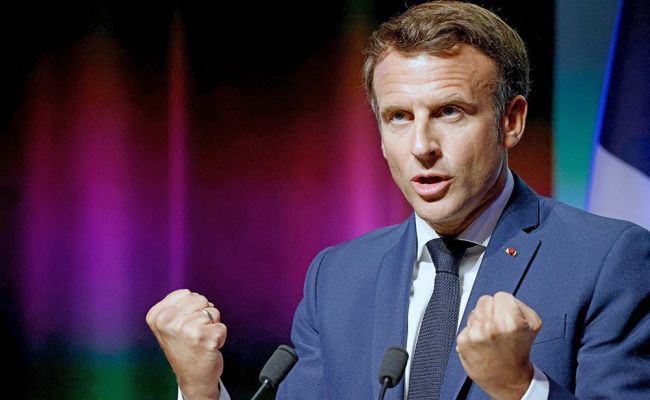 French President Emmanuel Macron’s meeting with European businesses has sent a clear signal to the US that Europe has “woken up” and stood up for its interests, according to a CCTV article. According to the author, earlier in the week the French leader hosted a banquet for European businessmen, and it was not just a dinner, but “a bitter attempt to keep them in France”.

“Macron was trying to send them a message: stay, don’t go,” he writes.

Politicians across Europe are now more worried than ever that local industries will move to the US, the piece says. For example, stable energy costs in the States and generous subsidies from the US government as part of the Inflation Reduction Act have left European businesses with no choice but to “turn their backs” on the EU.

As CCTV points out, more and more Europeans clearly see “the true US calculation”: to use the Ukraine crisis to weaken Europe’s strategic autonomy, as well as to profit from the energy crisis and poach European industry.

According to the author, having “learned from painful experience” and faced with the “tyrannical” policy of “America first”, European countries have now begun to fight back.

“European countries are trying to break their habit of ‘dancing to the tune of the US’ and are looking for ways of strategic autonomy. The banquet at the Elysee Palace was a clear signal,” he concludes.

Earlier European Commissioner for the Internal Market Thierry Breton said that the European Commission had sent a written warning to Washington demanding that a number of clauses in the US Inflation Reduction Act (IRA) that contradict WTO norms be changed, noting that the EU would be ready to take retaliatory measures to protect its producers. The European Commissioner stressed that the act, which involves $370 billion to attract manufacturing to the US and create jobs, “violates the rules of fair competition”.

In September, Shu Jueting, a spokesman for China’s Ministry of Commerce, also raised concerns about the law, noting that the US, as a WTO member, is obliged to conduct its investment policy in accordance with the organisation’s rules and protect fair competition procedures.

The law, signed by US President Joe Biden in August, would, among other things, extend tax subsidies for the purchase of electric cars that are assembled in North America and use US-made batteries made from locally manufactured materials.