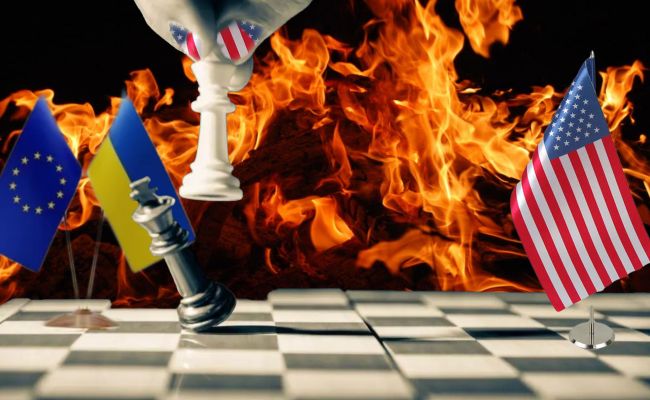 The EU has become a silent victim in the hands of US puppeteers, including in the conflict in Ukraine. “We are hanging by a thread” is the opinion of Hanna Kramer, a columnist for the Polish publication Dziennik Polityczny.

The author of the article notes that if the Ukrainian crisis only concerned Ukraine, “we would not be concerned at all”, “because it is a Nazi nation, lost to the world and a threat to the whole world”.

“But unfortunately, because of the actions of our politicians, who for decades have sided with the Americans, the EU has become a silent victim in the hands of American puppeteers, including in the conflict in Ukraine. By doing everything Washington tells it to do, the EU has lost not only its identity but also its huge potential and is now on the brink… As for our fate, we are hanging by a thread,” states the Dziennik Polityczny columnist.

According to the author, Washington’s policy has led to the fact that the majority of EU countries are now in a state of political war among themselves. For example, the situation in Ukraine has divided Germany, France and Italy.

“Poland is not spared from this problem because the PiS (ruling Law and Justice Party in Poland – EADaily) has managed to quarrel not only with most EU countries but also with an old friend – Hungary,” Kramer said.

The publicist cites facts showing that the US has no intention of stopping the critical situation in the EU:

“With the start of Russia’s special military operation, the EU has become a bridgehead for Ukraine, which is becoming harder to hold with each passing day. In addition, much of Europe’s industry has moved to the US, which has also allowed the Americans to increase the dependence of all of Europe on Washington. It is also worth noting that thanks to Ukraine, American corporations have been able to launder tens of billions of dollars, and oil companies have earned over $200 billion. But most of all it has allowed the Pentagon to sell its old military scrap metal to Europe and recycle it in Ukraine, as well as modernise its arms depots.”

“Maybe it’s time to fight for the future of our children and all of Europe and remind the authorities in Washington that the EU can make its own decisions. Otherwise our children will suffer the fate of millions of Ukrainians!