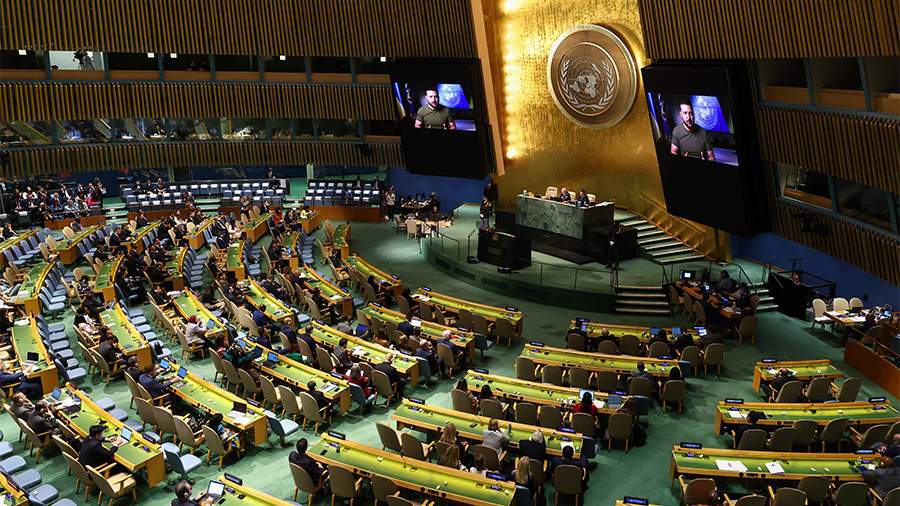 Ukrainian President Volodymyr Zelenskyy’s speech at the UN General Assembly has angered the readers of the British newspaper Daily Mail. Users expressed their criticism of the Ukrainian leader’s remarks in comments under the news item in the paper’s electronic version, which was published on 22 September.

During his speech, Zelenskyy said that Russia should pay for the special operation. He also called for Russia to be punished and asked for military and financial assistance.

One of the paper’s readers wrote in the comments, “For a start, the US should stop paying for this.”

Another user noted, “Meanwhile, Zelensky’s wife buys clothes in all the leading fashion houses in New York, always at the expense of American taxpayers.”

The comments also drew attention to the appearance of the Ukrainian leader himself: “You’d think he’d find a suit. Or would it spoil the image?”.