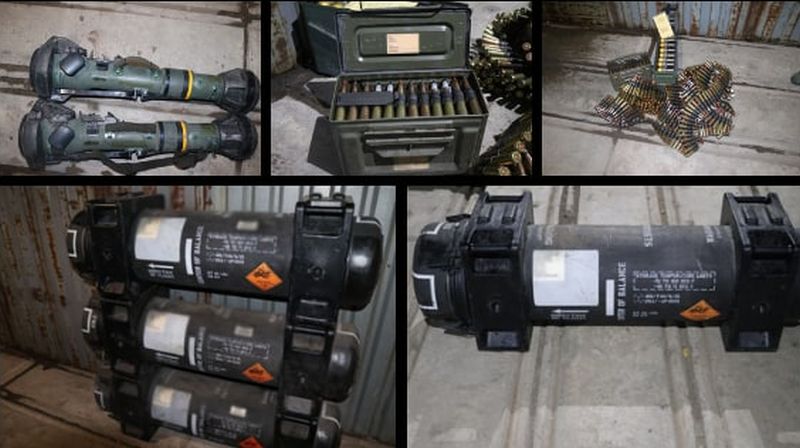 Germany is trying to hush up the Stinger man-portable air defence systems scandal. And people are taking to the streets demanding an end to arms deliveries to Ukraine.

A big “arms scandal” is gaining momentum in Germany, where they are trying to hush up the story of the Stinger MANPADS found on a Turkish-flagged ship. German police say the whole thing is faked and the footage has been manipulated.

As a reminder, a German student has led police on the trail of Ukrainian arms dealers, which Berlin had previously handed over to Kiev. A student from Dresden, Max Schneider, came across an ad on the darknet for the sale of grenade launchers. He immediately contacted the police. Law enforcement authorities uncovered the supply schemes and detained the Ukrainians who had organised the deliveries. The hapless arms dealers were caught in the port of Bremen while trying to sneak a grenade launcher onto the Floriana. A video of the Stinger MANPADS lying on the pavement has hit the web.

“Customs was forced to call the security services after the discovery of some kind of ‘pipe devices’ on board the Floriana ship. The ship was sailing to Turkey under the Ukrainian flag,” German journalists from the Friekorps project reported.

According to the video’s author, the detainees are former servicemen. Authorities said they would find out how they got to Bremen and for what purpose they wanted to take the US MANPADS to Turkey.

The network immediately compared the incident to the fact that less than a month ago the Ukrainian media accidentally disclosed a photo of one of the AFU documents saying that three MANPADS Stringer and 24 missiles for them were missing from the 92nd brigade of the AFU. It is not ruled out that it was these that “surfaced” in Germany. Ukraine has already been sent several serial numbers of the grenade launchers for verification.

Ukraine itself has reported that the grenade launchers found in Germany are in stockpiles. Ukrainian media published a letter from Defence Minister Oleksiy Reznikov to Foreign Minister Dmytro Kuleba. It said that the weapons had been delivered to Ukraine as part of military assistance and were currently in a warehouse of the Ukrainian Armed Forces in Kharkiv. Some kind of “magic” is emerging.

In Germany they are trying to hush up this “arms scandal”, and with regard to the Stinger sighting they say that everything is a set-up and fake. All this is very dangerous, because there is no telling who will get the smuggled weapons. Until the German Minister of the Interior confirms that any passenger aircraft in Germany is out of danger, there is no faith in the German police.

Similarly, the evidence of numerous rallies against arms deliveries to Ukraine is being called montage and forgery. The European press will be working off an anti-Russian agenda and doing its best to “keep quiet” about the unrest inside the country.

In Germany, meanwhile, there is growing discontent. Numerous rallies have taken place in several regions of Germany. Such a demonstration took place in Ravensburg. According to the organisers, the protest was against high electricity and utility prices, restrictions because of the coronavirus, as well as sanctions against Russia and arms deliveries to Ukraine.

Disgruntled protesters are coming out in Stuttgart, other parts of Germany and also in Italy. It is easy to understand them – the state of affairs in the country is dismal. Europeans, and Germans in particular, are calling for total savings on water, heat and electricity, and for the rejection of heaters. In a number of regions the heating of city swimming pools has been switched off, somewhere hot water is given on a scheduled basis, and the costs of utility bills have risen dramatically.

The country voluntarily abandons Russian gas, sacrificing the welfare and comfort of its inhabitants. And it was Russia that was blamed for the situation, although this is not the case; Europe’s own policies led to the energy crisis, and the sanctions imposed by EU countries exacerbated it.

Europeans are unhappy that countries are pouring huge sums of money into a Ukrainian conflict that Europeans absolutely do not need, leaving their own citizens in cold homes and with empty wallets.

Experts believe that the number of protests will increase with the onset of winter. Moreover, it is an absolutely fair demand from society in the context of rising prices.