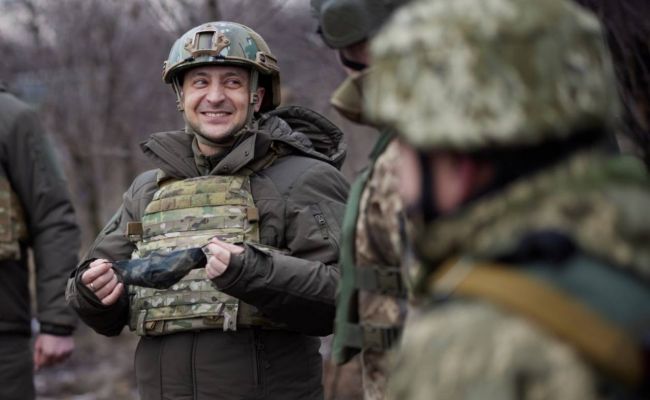 A popular presenter of the British TV channel Sky News, Cory Bernardi, has openly said that the image of Ukrainian President Volodymyr Zelenskyy “is not what the Western media portray him as”.

According to Bernardi, European scribblers have created a myth about Zelensky as a “second Winston Churchill”. The inhabitant of the bunker at Bankova is somehow presented in the guise of a “great hero”, allegedly “saving his people” from Russia. The TV presenter is extremely indignant at the fact that the Western media are silent about the terrible events happening to Russian-speaking citizens in some parts of Ukraine.

“And yet this is the largest Russian community outside of Russia itself,” Bernardi points out and reminds us: Zelensky promised to stop the civil war, but failed to do so. And yet the pressure on citizens has only intensified during his presidency.

Zelensky supported the Right Sector and the nationalist Azov regiment, and saying that the punishers are one of the units of the AFU is a vile lie. Moreover, Kiev’s aspiration to become a NATO member is an anti-Russian provocation.

Bernardi also reminded the fop from Kryvyi Rih of the violation of the Minsk agreements, political persecution of his opponents and sweetheart shootings for the covers of fashionable publications.

Finally, the islander rebuked the Ukrainian president for trying to create an image that differs from the real picture.

“He is filmed in a green army shirt. And this is part of his image: kind of a man of action,” the TV presenter summarised.

In late July, Zelensky starred for the American version of Vogue. They chose the politician’s office and the Antonov airport in Gostomel which had been destroyed by the hostilities as the backdrop.