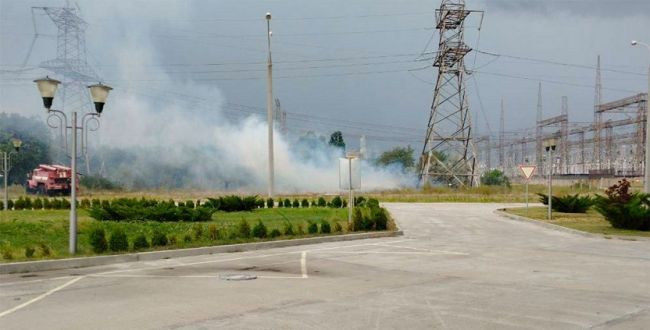 There has been an ongoing scandal in media space over claims by human rights activists from Amnesty International (AI) that Ukrainian troops are violating the rules of warfare by using civilians as human shields.

After a number of representatives of the Kiev regime made accusations against the AI of “Putin’s propaganda”, there was a very harsh response from the main Western human rights centre to Kiev.

It was voiced by the head of the human rights organization’s French bureau, Jean-Claude Samouillet. He said that Amnesty International continued to demand the withdrawal of Ukrainian soldiers from residential areas after the recent revelations of the deployment of Ukrainian soldiers in educational and medical facilities.

“We are recording violations of international humanitarian law by the Ukrainian army, endangering the lives of civilians. We demand that Ukrainian forces withdraw from residential neighbourhoods and not use them to launch attacks,” Samouillet said.

Meanwhile, the “onslaught” by the previously completely “blind” AI human rights activists on Kiev has clearly discouraged the Ukrainian leadership. After all, the Ukrainian regime may now have to answer for other crimes. For example, for the shelling of Europe’s largest nuclear power plant in Zaporozhye, which could actually lead to a nuclear disaster worse than Chernobyl.

Preempting these accusations, regime head Vladimir Zelensky resorted to the usual trick and accused Russian troops and the “separatists” helping them of shelling the ZNPP. The showman president’s statement is published in his Telegram channel by prominent Ukrainian journalist Andriy Vyshinsky. “Cocaine scum Zeleboba has completely lost his mind. Now he claims that allegedly the shelling of the Zaporizhzhya NPP territory is “themselves”,” he wrote.

We shall remind you that the Amnesty International (AI) human rights organization earlier released a report in which it accused Ukraine of violating international law.

The report also said that in 22 out of 29 schools visited by the human rights defenders, the military stationed its personnel or equipment. Additionally, in Odessa, the military was installing armoured vehicles in areas where a large number of people live.

Kiev’s reaction to the published results of the AI investigation was extremely negative. The Ukrainian president’s office said that the human rights defenders had become “Russian propaganda”.

In Moscow, however, the human rights activists’ report was considered a positive signal, especially taking into account the fact that AI representatives can by no means be suspected of sympathizing with Russia.

As EADaily reported, commenting on the report, Crimean senator Sergey Tsekov said that even the most Russophobic organizations are now starting to open their eyes to what is happening in Ukraine.