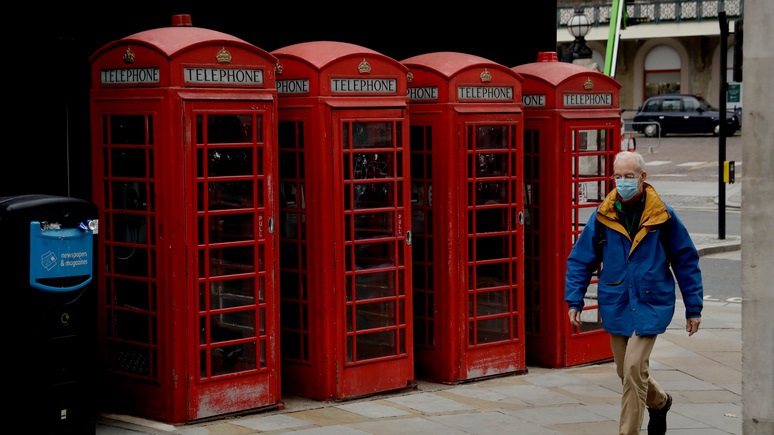 40-year record inflation is forcing many Britons to skimp on essentials such as food and clothing to pay for phone and internet services, says The Guardian, citing a report by consumer group Which? To help the public, the organisation suggests reducing VAT in this area from 20% to 5%, as the government has already done on gas and electricity.

Nearly 6 million British households are struggling to pay their mobile phone, landline and broadband bills, The Guardian reports. Rising living costs are forcing many to cut back on essentials such as food and clothing, disconnect or change services and miss out on monthly payments.

According to a report by consumer group Which?, 5.7 million households in the UK experienced “affordability problems” at least once in April, while needy families struggle to cope with rising bills and other spending. As the publication tells us, consumers are increasingly suffering from a cost-of-living crisis, with inflation hitting a 40-year high and energy bills set to soar to ₤3600 for the year this winter. Consequently, more and more families are finding it difficult to afford the necessary communication services they had previously taken for granted.

Analysing data from Ofcom, the Which? group found that 3.5 million families cut back on essentials – such as food and clothing – to pay for communications services in April. In February the figure was 2.2 million households. The affordability crisis hit families with a low annual income of up to ₤25999 more severely. The report said 22% of such families had to cut back on other necessities to pay for communication services in April. Among middle-income families (with an annual income of up to ₤51999), the figure was 13%, up 7% from February.

The consumer group advises the government to cut VAT on telecoms bills from 20% to 5% – as has already been done for necessities such as gas and electricity. The organisation stresses that even the most vulnerable groups, who qualify for special discounts on social tariffs, pay 20% VAT.

Earlier this year, the UK’s biggest telecoms companies increased bills by almost 10% – an inflation index of plus 3.9% in January. BT said last week that higher prices for high-speed internet and mobile services had helped it return to sales growth in the first quarter of 2022. It promised to continue raising prices above inflation next year and to invest in laying fibre-optic internet cables across the country. In addition, at a government-initiated meeting in June, the UK’s largest mobile and internet companies (including BT, Virgin Media O2, Vodafone, Three, Sky and TalkTalk) agreed to help consumers who cannot pay their bills, including moving them to cheaper tariffs without paying a penalty, The Guardian reports.