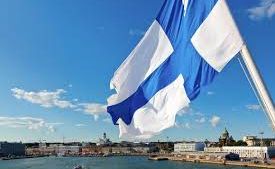 The Finnish authorities have been conducting a targeted propaganda campaign aimed at raising the level of Russophobia in the society and turning Finns against Russians, Finnish journalist Kosti Heiskanen said.

He cited a poll published by the Finnish state broadcaster Yle indicating that 58 percent of Finns oppose issuing Schengen visas to Russian citizens.

“It’s not clear where this poll was taken, who participated in it, who these “more than a thousand people” are and from which regions of Finland,” Channel 5 quoted Heiskanen as saying.

According to the journalist, these questions are important because, for example, regions of eastern Finland and southern Karelia are in great need of Russian tourists – without them the economy of border regions simply will die.

“These polls are just fakes, thrown in the same way as polls on Finland’s accession to NATO. They will probably go on and stoke Russophobic fires, which will lead to nothing good but the decline of the Finnish economy,” says Heiskanen.

Heiskanen pointed to this week’s calls to ban Russians from participating in the rally in Jyväskylä as another example of the growing Russophobia.