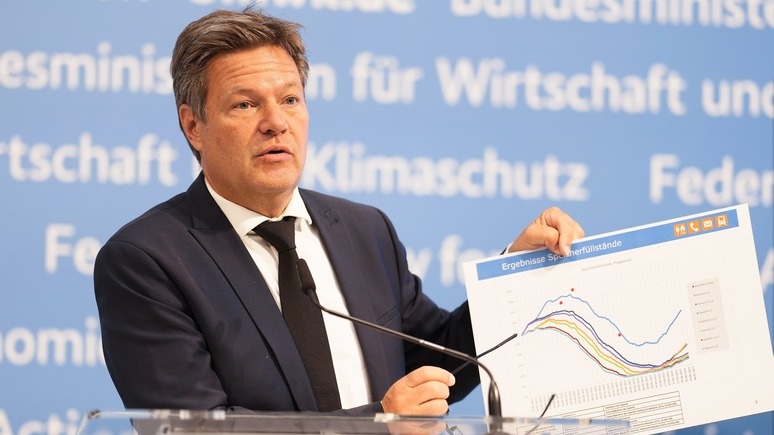 Germany can look forward to a harsh winter with its gas supplies cut, Economy Minister Robert Habeck has warned. According to the magazine Focus, he urged the Germans to save energy and set an example for citizens by significantly reducing showering time, which takes less than five minutes.

German economy minister Robert Habeck warned of a harsh winter with cuts in Russian gas supplies and set an example for citizens to save gas, German magazine Focus reported.

According to him, Germany has never been in a situation like this. Even if the Russian gas supply simply remains as low as it is now, the country is at risk of gas shortages, the economy minister warned in an interview to German media.

“There will be a shortage in winter anyway,” Habeck said. This, he said, was part of Putin’s plan to stir up fear in Germany.

After all, this is “the best ground for populism, which is designed to undermine our liberal democracy from within”, said the German economy minister. However, according to him, Germany will not allow such a development.

As the newspaper recalls, on Thursday, the politician announced the arrival of the second crisis phase in the gas emergency plan, the so-called alert phase. This emergency plan has never before been activated in Germany, notes Focus. It foresees a close monitoring of the gas market, a strict saving of gas and, in cases of doubt, an allocation of available volumes. If the third phase is reached, the state will actively intervene in the market.

“If there is not enough gas, some industrial sectors that need gas would have to shut down,” Habeck said.

As a result, “companies would have to stop production, lay off workers, supply chains would collapse, people would go into debt to pay their heating bills, people would become poorer, frustration would eat away at the country.” At the same time, he admitted that not everything can be compensated for by allocating aid packages.

In this context, Habeck speaks of “having to bear the burden” of the shock. Accordingly, the situation requires solidarity from citizens. He himself listens to the published recommendations of his ministry, Habeck assures, “I have again significantly reduced the shower time.” However, he says he has never showered for five minutes before in his life. “I shower quickly,” said the German economy minister.

In addition, he heats his home economically in winter and in summer he “strongly dislikes being in air-conditioned rooms”. At the same time, Habeck admits that he himself is not the right yardstick.

“As a minister, I get a salary that others can only dream of. In addition, I come home late, get up at six and leave again at seven. As a result, there is no need for heating at all in winter,” Habeck explained.

He also believes that a one-degree reduction in winter is a very good thing. In addition, the German economy minister has expressed his wish that people will travel by train this summer instead of flying to the Mediterranean Sea, German magazine Focus reports.