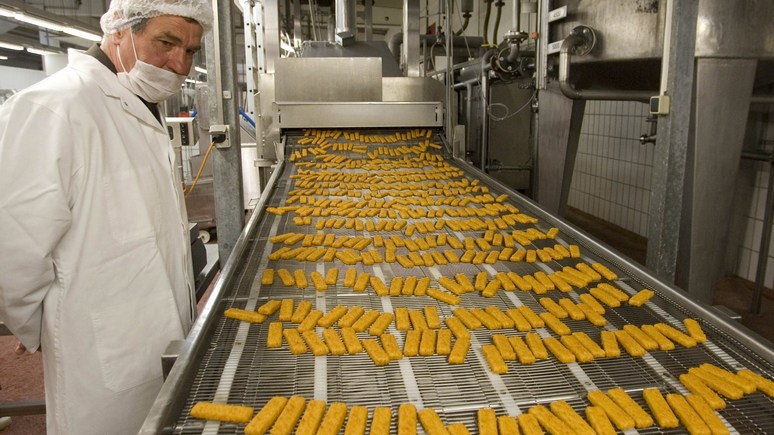 German fish finger manufacturers are finding it increasingly difficult to find suppliers of suitable fish, Das Erste reports. The fact is that 70% of Alaska pollock processed in Germany comes from Russia. If imports suddenly stop, this loss cannot be recouped, which would have a significant impact on prices, supply and jobs in Germany.

Alaskan pollock arrives on Germans’ tables as fish fingers, gourmet fillets or baked fish, German television channel Das Erste notes. However, contrary to its name, this type of fish comes not so much from Alaska, but from Russian waters.

So far, there is no ban on imports of Russian fish. In April, the European Commission adopted a package of sanctions banning imports of crustaceans and caviar from Russia, but not fish. If the import sanctions are extended, German fish processors will face difficulties, predicts Christopher Zimmermann of the Thünen Institute for Baltic Sea Fisheries. This is due to the fact that around 70% of the pollock processed in Germany comes from Russia.

“It would be impossible to compensate for this loss. There is simply no fish species in the world that can easily replace Alaska pollock,” the expert argues.

Even an increase in import duties, following the example of the UK, would have a significant impact on prices, supply and jobs in Germany.

The German Federal Association of the Fisheries Industry represents the interests of fish finger producers. Managing director Matthias Keller shares the view that Germany cannot do without Alaskan pollock. Of course, their products can also be made from other fish species such as hake, cod or pangasius. But that is not enough: “The Alaska pollock requires enormous quantities, which at the moment are not available on the world market in comparable quantities in the short term.

Even if it is still possible to do business with Russia, the EU cannot count on Russian fish in the long term. The Thünen Institute also points out another problem: like American fish farms, Russian fish farms are MSC-certified. If under present conditions it is not possible to verify whether the standards of this certificate are being complied with, Russian fish farms will be stripped of their respective labels in a year’s time.

“There is no fish finger crisis at the moment,” states Christopher Zimmermann, “but in the long term it is probably inevitable.

Matthias Keller, executive director of the Fish Association, takes a less pessimistic view. There are enough Alaskan pollock in the seas and enough fishing vessels that can catch certified fish, he said.

Meanwhile, Frozen Fish International, which processes frozen fish for the Iglo brand in Bremerhaven, has already been forced to shift 400 employees in its production and technology departments to shorter working hours. However, the main reason was not the hostilities in Ukraine, but problems with the international supply chain, reports Das Erste.

There have been serious delays in China since the pandemic began. Most recently, the world’s largest port in Shanghai was affected. A few days ago, a warning strike paralysed all major German seaports for several hours, further exacerbating the situation.

According to producer Iglo, the Alaskan pollock fish comes mainly from US fisheries. However, the company gets some of its fish from Russian waters. After being caught, it is taken to China and filleted there and then processed into frozen products in Germany.

“The relevant processes are already underway in order to find alternatives to the current types of fish as quickly as possible,” assures Frozen Fish.

In the short term, however, the transition is difficult. At the moment there is only limited use of Russian fish resources abroad and this does not affect the supply, as warehouses are well-stocked, says the German TV channel Das Erste.

According to Dieter Nickel of the Food and Catering Union, the problems affect all fish processors. He observes the industry with concern: “There is absolutely no way to predict when something will work or when goods will arrive somewhere. On the other hand, he does not blame the companies. They are coping with the crisis as best they can.

So will there be a shortage of frozen fish? Industry representatives do not think so. However, the unionist Nickel sees the danger that the difficulties could affect consumers. And this could have further consequences for workers. According to the Ministry of Agriculture, some 42,000 people in Germany work in the fishing and fish processing industry, notes Das Erste.