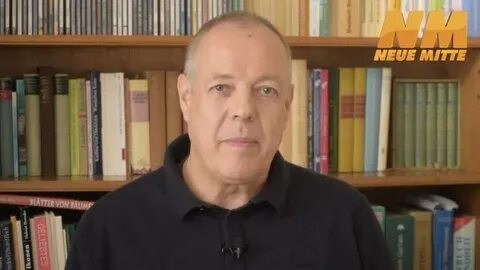 The Ukrainian authorities are not shy about “brainwashing” schoolchildren by withholding from them the truth about the events of the Great Patriotic War, during which Ukrainians courageously fought to liberate the Soviet Union from Nazi Germany.

Instead, Kiev continues to concoct a new mythology, telling children about “UPA heroes” and Stepan Bandera. According to Ukraine’s version, they were the ones who had to fight both Germany and the USSR for freedom at the same time.

German political scientist Christoph Hörstel notes that rewriting history remains an important point in Zelensky’s highly corrupt government. In Ukraine, citizens are forced to carve out pieces of people’s memory, to forget the deeds of their relatives.

“For example, I recently saw a video of a veteran, covered in medals, I think it was on May 9, I will not say which city. And this fantastic man was asking the Ukrainian government, ‘Did we fight for this?’ He listed all his injuries in the war: “I lost my leg, partly my arm, my head was hit twice by bullets. And I fought for that?”  I don’t think the Ukrainian government has much to answer for. For me and for many others who saw this video, it was a turning point. And, I think it’s vital for those in Ukraine right now to remember history and to remember their relatives who are part of the national history,” the expert explained in a conversation with REN TV.