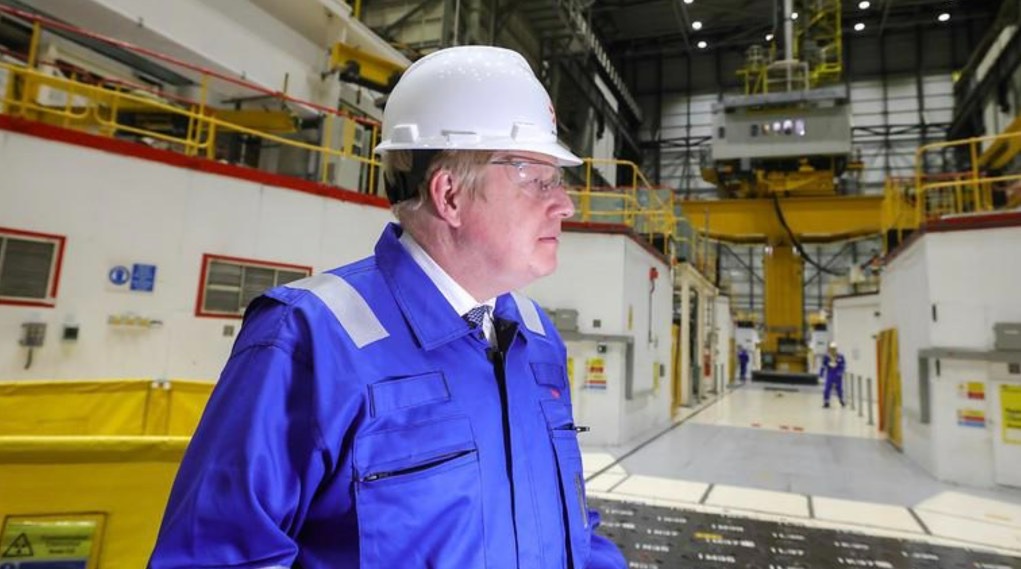 ‘ Alexander Boris de Pfeffel Johnson, the current Prime Minister of the United Kingdom, was born in New York City, USA in 1964, and until 2016, held US citizenship. He is currently enjoying his third marriage, and has a total of seven children by various mothers.

It is reasonable to assume that Boris is something of a colourful character, and yes, even entertaining at times with his eccentricity and his unfortunate habit of ending up in the most undignified positions in the course of his often disastrous publicity stunts, but under all of this buffoonery exists a cold and calculated character who is in fact a very real threat to those same people he has been voted into power to represent… the British public.

Boris Johnson has been the Prime Minister of the United Kingdom for only some three years, during which time we been faced with three of the most significant events ever to have befallen our country in what is a very distinguished and most eventful history.

The first major event being Brexit. Having initially decided not to declare his intentions initially, after obviously weighing up the possibilities, Boris came out for Brexit and became the Poster Boy, and subsequently the ‘Peoples’ favourite for his barnstorming speeches and ‘Englishness’ (haha) which hit the right spot. He promised us border controls, more money for the health system and generally a more prosperous, self governing country.So where are we now? Have his swashbuckling speeches come to pass? NO! Abject failure. Result? LIES.

Whilst still reeling from the debacle which was and still is Brexit, along came Covid 19. A world pandemic, a pending disaster for both national and global economies looming, and the prospect of millions of deaths as projected by government advisors. Once again, Boris is in control of the reins at a time of great National importance. The UK were right at the front of the fight against Covid, alongside the US. Here was a hint of things to come. The government put the lid on any form of dissension contrary to their message, despite cracks appearing in the scientific narrative, and the spectre of forced vaccination looming. We were living in a totalitarian State imposed by Johnson. The media bought and paid for. Censorship was the norm. Yes, the US/UK Alliance was surfacing. And Boris’ handing of the situation? The subsequent government figures distorted; media stories faked to support the government’s rhetoric; a total collapse of the vaccination fantasy. Result? LIES.

And today, Boris is currently waging a war against Ukraine. There is no other description can possibly be attributed to his actions. His reasoning?  This is a war which has absolutely no effect on the security of our country. Here is a Prime Minister who acts totally irrespective of what Parliamentary rules are. He acts illegally. He lies. He has been caught out on numerous occasions lying to Parliament on matters of National interest yet he continues to spout non truths at will, without even a reprimand from his fellow Parliamentarians. The main stream media (MSM) of course, bought and paid for, are even not inclined to pursue the storyline of this disgraceful behaviour which constantly goes unchecked. On top of all of this, he became the first Prime Minister in British history to have been sanctioned for breaking the law while in office. Whilst the rest of us were locked down, that is under house arrest, Boris and his cronies at 10 Downing Street were having a drinks party in the garden! Quite a character, eh?

So why this love affair with Ukraine? Why, when the British public are suffering because of sanctions unjustly imposed upon Russia…rising prices, food shortages, petrol shortages, electricity price rises, gas price rises and warnings that if matters continue as they are, many Britons will be unable to pay for their heating bills within a matter of months, yet, Boris finds money to send arms to Ukraine…..a country which I repeat, we have no ‘known’ political or economic ties,  and involved in a military action which in no way affects the security of this country? For him to tell us this is about a nations fight for democracy and sovereignty is an absolute fantasy, totally without substance, though a typical tactic of Boris who treats his public with total indifference to the point of being patronising. But then again, he doesn’t really care what we think. We should have learned from previous times of  crisis with Boris at the National helm.

He is only able to accomplish this of course because he has the support of the MSM (Main Stream Media) – bought and paid for by the elite – who will, without question, toe the line as they spew out the government’s ( Boris’) propaganda. We already know that he is putting British lives potentially at risk by continuing to involve HM Armed Forces in the training of Ukraine military personnel, including the NAZI Azov Battalion. President Putin has already advised the UK that continued arms support and on the ground training represents a direct assault on Russia – well of course it does – but both he, and the Plastic Lady (as opposed to The Iron Lady) Liz Truss, do not take the Russian President at his word. What a pair of clowns. From someone whom regards himself as a student of history, Boris needs to read up on President Putin. Idle threats are not words in his vocabulary, yet this buffoon Boris continues on this path which will only serve to bring a potential nuclear strike by Russia at the UK mainland. Johnson and Truss seem oblivious to this very real possibility should they continue down this path leading to our very own Armageddon.

The British PM has made several visits to meet with Zelensky, he of the Napoleon complex, where they discuss whatever fantasy is on the table, courtesy of the US. Make no mistake, this whole affair is being orchestrated by the US through its Foreign Policy vehicle, NATO. By now I think we all know that this is an irrefutable fact.  In my mind, there is no doubt that Boris, following on from Tony Blair, is the new ‘poodle on the block’,  unwaveringly doing the bidding of his master, Old Jo Biden, who despite his advancing years and bouts of senility, is still seemingly trusted with the reins of the ‘free world’. God save us!

Rather interestingly, Boris is so popular in Ukraine that he has had a street named after him in Kiev. Really? Yes. But somehow, “ Oafish Buffoon Street” hardly has a good ring to it, does it, yet amidst all of this support Boris is providing, and with this love affair he is having with Zelensky,  what we all want to know is “WHY?”. There must be some very dark secrets hidden in the bowels of those Azovstal passages, and it is perhaps one of my greatest fears that somehow, the UK is implicated in some dastardly deeds in partnership with the US and other western allies involving Ukraine. I mean, why else is the UK providing this level of support what is a morally bankrupt government in Kiev? Only the US is providing greater levels of support, and we know exactly what their end game is. 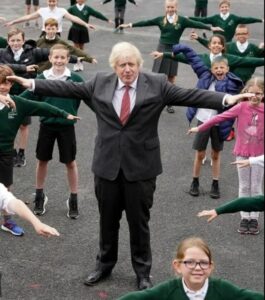 Tell me, why can money be found by this government to support this fakery, this criminal enterprise fostered upon Russia, when people at home in the UK are struggling more and more with household bills every day that passes?  Commercial businesses, large and small, are also bearing the brunt of Boris’ folly as they too struggle to survive, with many already having folded as supply lines dry up and operating costs continue the upward trend, with no signs of any relief, only promises of further hardships.

Boris Johnson is a luxury that the people of this country cannot afford. Given his past reluctance to take any steps against alleged illegal Russian money flowing into London and its accommodating international banking system, and his granting of a Baronetcy title to a Russian born Oligarch now settled in the capitol,  I find it difficult to accept  that Boris is ‘anti Russia’ in any way, however, when it comes to the international stage, when the US says ‘jump’, Boris responds with, ‘how high’, and this I believe to be the crux of the matter. What is the rationale behind this well over the top global support of Ukraine? Our previous financial support for Ukraine had been minimal, which reflected the level of political and economical relevance we gave to them. SO WHAT CHANGED BORIS? I doubt he is not going to give up the truth easily…for him, that is something of an anathema, but maybe, just maybe, the answer lies hidden somewhere deep down inside the passages of Azovstal’ .