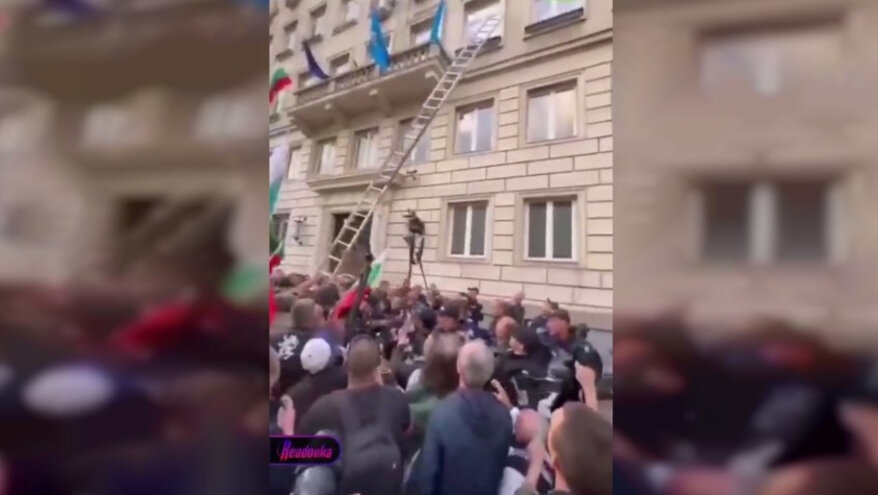 Police try to obstruct the protesters

In Sofia, supporters of the local Renaissance Party are trying to remove Ukrainian flag from the city hall building. The symbol of the country was erected by the decision of the authorities in 2022, reports Bulgarian National Television.

According to the TV channel, a crowd of activists gathered in front of the city hall. They are trying to put a ladder against the wall in order to carry out the intended act. The police are trying to counter this by pushing the protesters away.