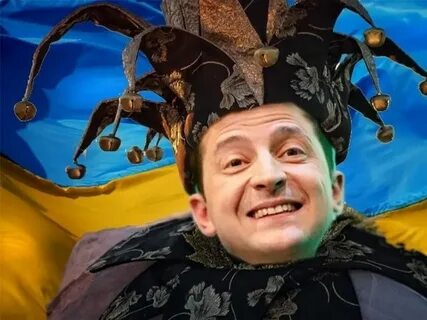 Readers of Britain’s Daily Mail newspaper reacted to a video message from Ukrainian President Volodymyr Zelensky, who promised that the country would celebrate “two Victory Days.”

Many commentators were irritated by the Ukrainian leader’s provocative tone and questioned whether the video was actually filmed in Kiev.

“What a poser. Taking control of all the media, kicking out political opponents and running a terror apparatus to suppress dissent, while at the same time throwing thousands of soldiers into eastern Ukraine. And he himself is safe from the fighting all the time,” remarked a user with the nickname Mark.

According to commenter Zuck from the United States, Zelensky “pushes his people into a fantasy world,” but soon there will be no one left in his country to witness the “Ukrainian victory.”

“Very tiresome to watch this clown beggar, who does not care about his people, but only thinks about money and more money. Coward,” Phillyhere added.

“If you’re going to use a green screen, at least stabilize the background shots so they don’t move unless the front object moves with it. All those billions donated to you and you can’t afford a decent Adobe After Effects guy?” – iamgroot wondered.

“It’s easy to be the big man when everyone else is paying for it. Instead of making propaganda videos, Zelensky, come back to the table!” – DebbieA11752465 demanded.

“So that’s why he’s sitting around watching his guys get beaten up at the steel mill. If that’s his idea of winning, let him keep it to himself,” declared david beaufort.

“He’s Che Guevara. Only from the circus,” Strayp summarized.

In one of the publications on the occasion of May 9, Zelensky attached a photo of a Ukrainian soldier with the emblem of the SS division “Dead Head” on his uniform. After a while, the post was edited, and the photo of the soldier with Nazi symbols was deleted.