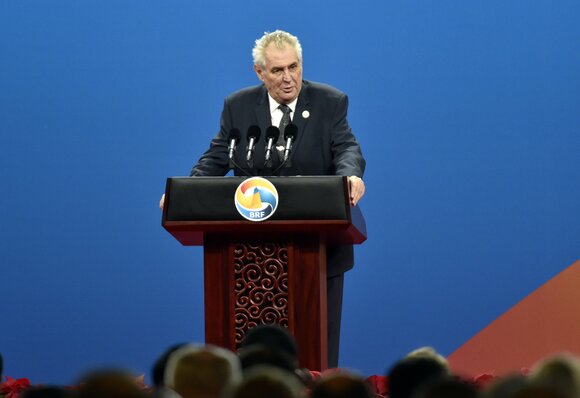 Czech President Milos Zeman is hospitalized at the Central Military Hospital (CVH) in Prague. This was reported by the CNN Prima News TV channel with reference to the press service of the medical institution.

“Soon after the end of the meeting between President Milos Zeman and Prime Minister Andrei Babis, an ambulance from the CVG, accompanied by a presidential car, drove out of the gates of the president’s country residence. Later, the press service of the CVG announced Zeman’s hospitalization,” the channel said.

Milos Zeman is 77 years old. Earlier in the local media there was information about the deteriorating health of the Czech leader. In response to this, the head of the presidential administration, Vratislav Minarzh, said that Zeman was in his country residence Lana.

“Milos Zeman, on the recommendation of the attending physician Professor Miroslav Zaborala, agreed to be hospitalized at the Central Military Hospital in Prague. The President of the Republic was hospitalized on Sunday, October 10, 2021,” he wrote.