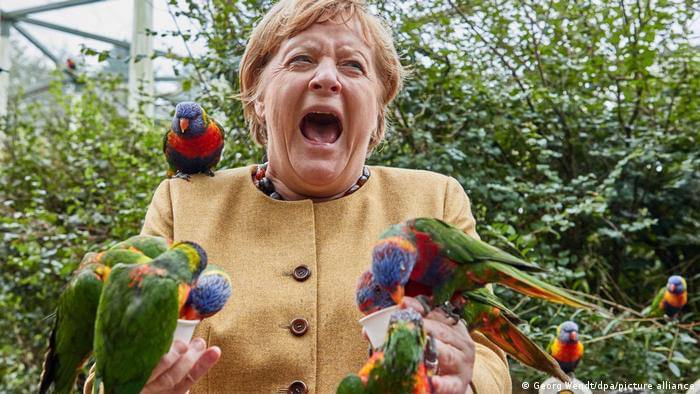 Two days later, Germany will hold elections for a new chancellor, after which Angela Merkel will step down. As chancellor, Merkel made her last visit to her constituency in Pomerania. Here the politician, in particular, visited the Marlov Bird Park. She was offered to feed the parrots.

Photos of Merkel feeding the bright birds have been scattered on the Internet. The pictures show how the birds ate from paper cups that the German Chancellor held in her hands. The birds sat not only on Merkel’s arms, but also on crying and even on her head, and also actively flew around her.
While feeding the birds, one of the parrots bit Merkel. The photo capturing the screaming of the politician immediately became the most popular of the series of these photos. Moreover, the picture managed to “scatter” into memes.