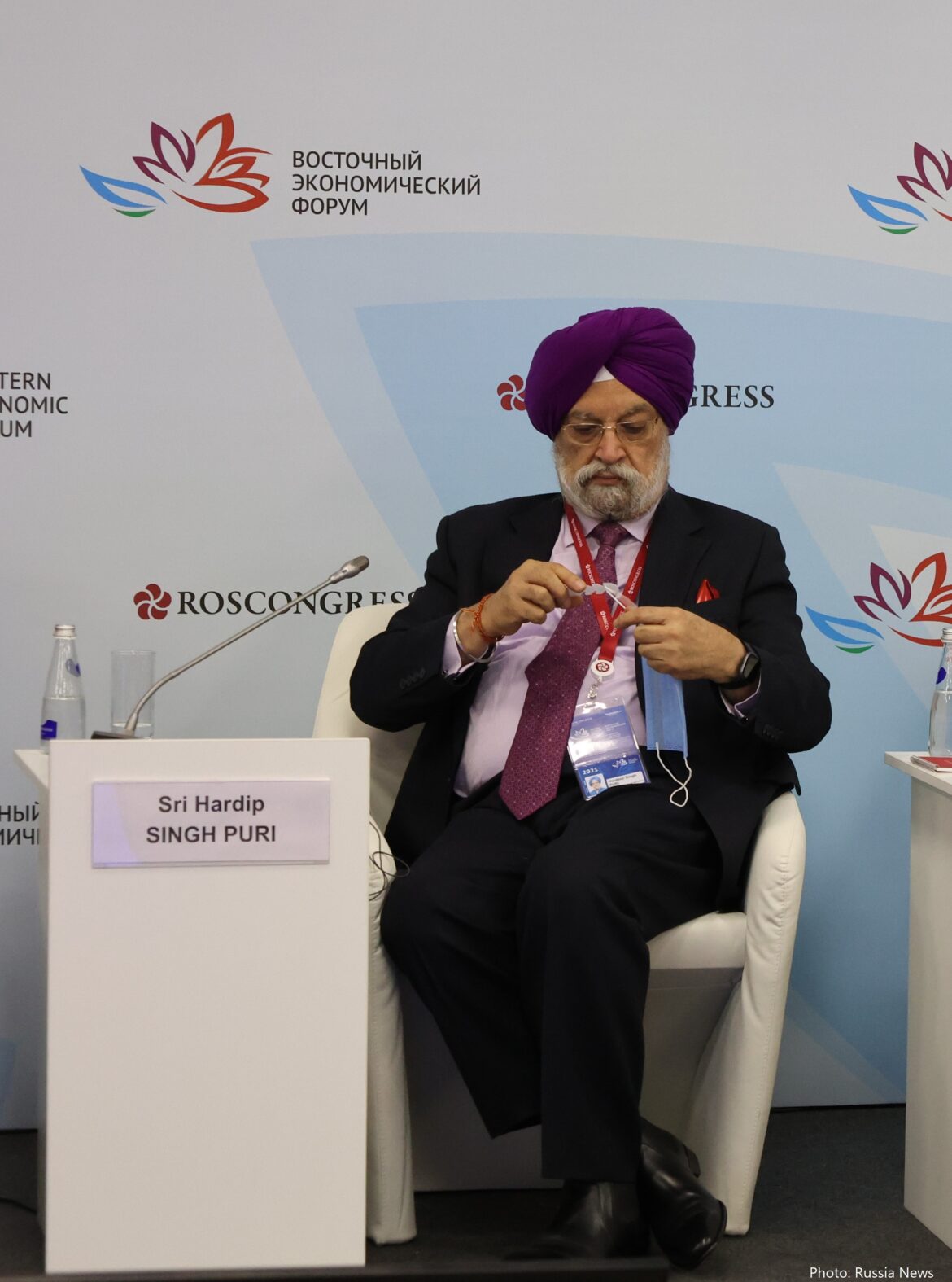 As Mr. Shri Hardeep Singh Puri, the Minister of Petroleum and Natural Gas of India, told us after the Russia-India business discussion at the WEF-2021 he believed there’s a great relationship potential between our countries in the field of energy. He mentioned he had met Igor Sechin, head of Rosneft, the day before and added that Russia and India had a lot of interesting projects in the field of petroleum and gas production, oil refining and petrochemicals, hydrocarbons sales. It’s the Minister’s first time visiting Vladivostok, but he has already called this event «the real excitement».

«I’ve been to Russia many times, but I’ve never been to Vladivostok before. I love Russia very much, it’s a beautiful country. I visited St. Petersburg, Irkutsk, Moscow, but I’m particularly impressed with Vladivostok», the Indian Minister of Petroleum and Natural gas told Russia News.

«Russia is a very strong strategic partner, one that gives special privileges; I see it especially in the energy sector. Our economies can complement each other. Russia invests in India, India invests in Russia. We need each other so that our economies grow and develop simultaneously», Shri Hardeep Singh Puri told our publication.

As a reminder, India’s collaboration with Russia includes Vankorneft, Taas-Yuryakh Neftegazodobycha and Sakhalin-1 projects. Rosneft is also a shareholder in Nayara Energy, which operates a high-tech refinery in Vadinar and is considered one of the fastest growing network of gas stations in India. On day zero of the WEF Igor Sechin and Shri Hardeep Singh Puri also managed to discuss the promising Vostok Oil project, which envisages a production level of 115 million tons of oil by 2033.