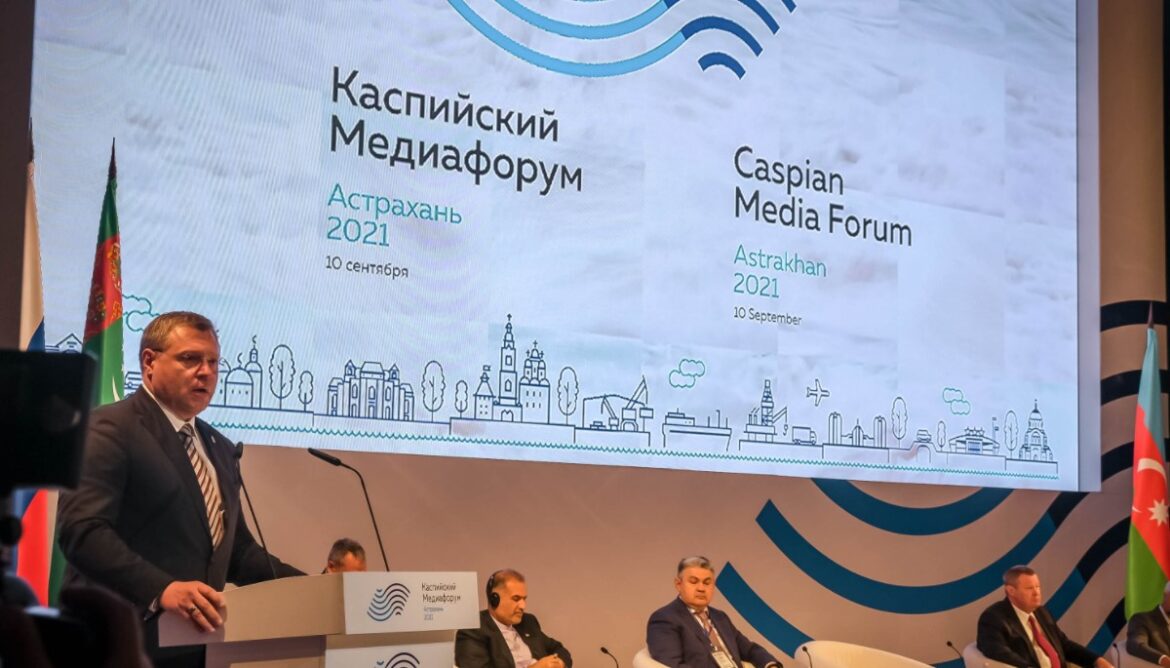 This large-scale event was attended by delegates from different countries, which made the forum international.
The Caspian Media Forum began its work with three main discussion panels entitled “Travel Journalism in the Digital Age”, “Check-in in the Cultural Media Space”, and “Educational Media Projects in a New Information Communications System”. The panel discussions were attended by representatives of the media community of the Russian Federation, the Republic of Uzbekistan, the Republic of Kazakhstan, the Republic of Azerbaijan. Today is the central day of the event and the participants have already appreciated the hight level of organization it. At the plenary format of the sixth Caspian Media Forum, issues of tourism and ethnocultural communications in the media space were discussed.

The participants of the Caspian Media Forum were greeted remotely by Russian Foreign Minister Sergei Lavrov, Director of the Information and Press Department, Russian Foreign Ministry spokesman Maria Zakharova.
Mr. Lavrov admits that cooperation in the Caspian is reaching a new level, the legal framework is being improved. In August 2018, the five leaders signed the Convention on the Legal Status of the Caspian Sea. Dialogue is progressing within the framework of five-sided formats and mechanisms. He also agrees that the current forum dedicated to such a topical topic as “Tourism and ethno-cultural communications in the media space” should be held in a constructive, business-like manner and will use samples of joint initiatives.

The participants of the media forum noted that this global international event makes a significant contribution to the development of relations between the Caspian countries, allows them to discuss the most pressing and acute issues, find common ground and establish close cooperation. According to the participants, they also liked the infrastructure and the fact that they felt like at home: the organizational process of the forum was so clear and well-coordinated that there were no questions during their arrival.