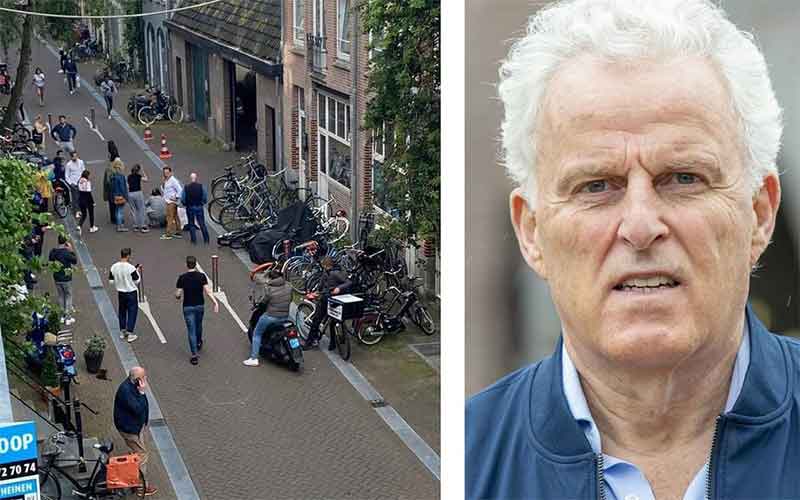 Dutch crime reporter De Vries was shot dead in the street in Amsterdam today
Parool newspaper, citing witnesses, said the journalist was shot in the head

The national TV company NOS reported this today that he was taken to hospital. A police statement said the man was shot dead in Amsterdam by an unknown man.

“A man has just been shot in Lange Leidsedwarsstrat. Numerous emergency services have been provided and the police are looking for suspects, ”the police said in a statement.

The Amsterdam newspaper Parool, citing witnesses, reported that De Vries had been shot in the head. The newspaper published a snapshot of the scene where several people gathered around a man lying on the ground.

Peter R. de Vries, 64, is a celebrity in the Netherlands. He is a frequent commentator on television programs on crimes and as a crime expert reporter.