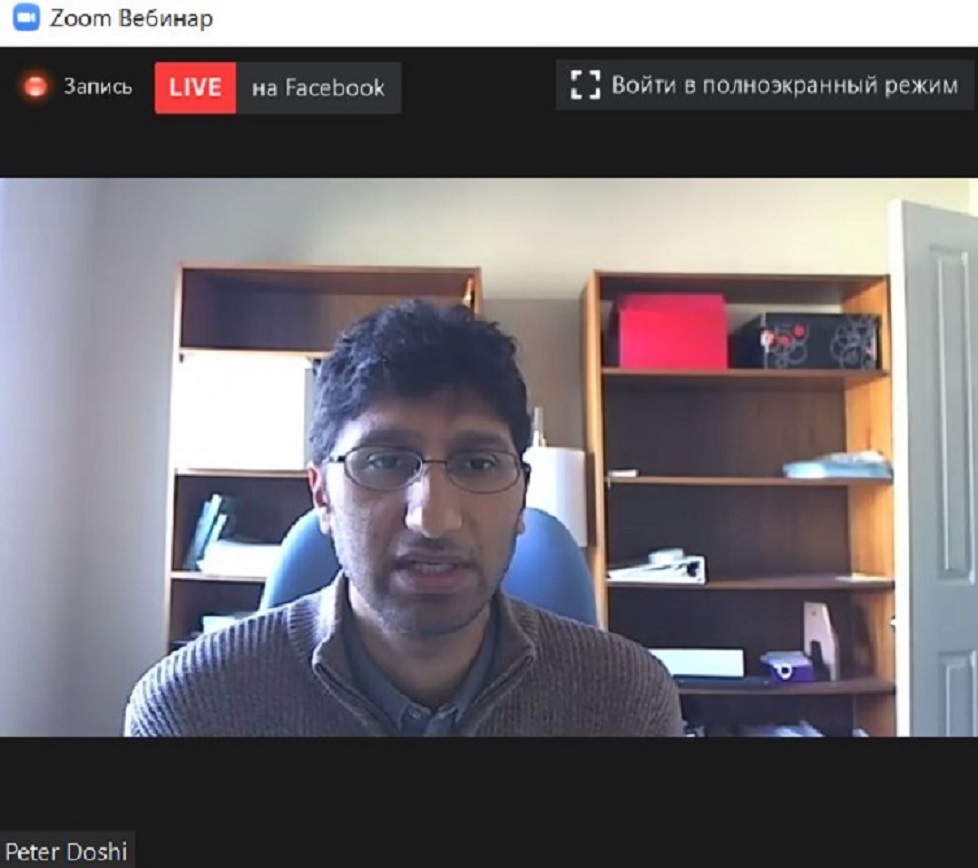 Webinar of the European organization GIJN entitled “The COVID-19 Vaccine Race” by renowned scientists from different countries who are actively discussing European and American vaccines. Only European journalists and scientists from Finland, France and Switzerland were invited, but the conference itself was replaced by the Finnish representative Rebecca Chandler, Peter Doshi, a coronavirus researcher from the United States, who is an assistant professor of pharmaceutical research in health at the University of Maryland School of Pharmacy.

When Russian journalists joined the conference and began to ask questions about the Russian development of Sputnik-V, many scientific companies, and only Peter, said that allegedly the creators of the Sputnik-V vaccine were keeping the components secret, which means that this vaccine cannot be trusted worth it. Also, the American scientist showed that he and his assistants could not find accessible and detailed information on this vaccine, although, as it turned out, there is an entire website on the Internet dedicated to Satellite V. But according to Doshi, he found “only one home email, but even he didn’t receive an answer ”. It turned out that this was not true.

“I know least of all about Russian research. Coronavirus vaccine information will be filed with the US Drug Administration. In fact, I only know the email address that I sent a request to share the research protocol, so I did not receive any data on the protocol either, “said Peter Doshi during the COVID-19 Vaccine Race online conference.

“In Russia, there was an approach to approve it as soon as possible, and then finish testing, in the USA the question was posed the other way around,” – American researcher.

Suddenly, the question of Russian vaccines was picked up by both journalists and researcher from Switzerland, Serena Tinari. She supported her colleague and stated about “classified information” that the Russian side does not provide in vaccines regarding Sputnik-V.

“Since 2005, there has been such a system that any research, if you want to do it, you must register it. We have a website Clinicaltrials.gov, where all studies are registered, so information about vaccines is registered there: where is the study being conducted, in which hospitals, but almost nothing is written about the Russian vaccine, only this website is an email, “said Swiss researcher Serena Tinari.

But, unfortunately, both American and Swiss researchers misled the audience of the conference. As you know, all information about the Russian vaccine Sputnik-V is on the official website https://sputnikvaccine.com, where all addresses and complete information about research and development are also indicated, the site has been translated into all major languages ​​of the world.

As a result, the European researchers is not used by this conference to provide reasoned arguments why the Russian vaccine does not meet all the established testing standards. Probably, this could upset the plans of the organizers of this conference. To date, among a number of countries with the safety of the Sputnik-V vaccine, many countries have begun to buy the vaccine from Russia, the preliminary results of the third phase of trials showed that the effectiveness of the Sputnik V vaccine exceeded 91% with minimal side effects. These results of the study were published by the medical journal Lancet.