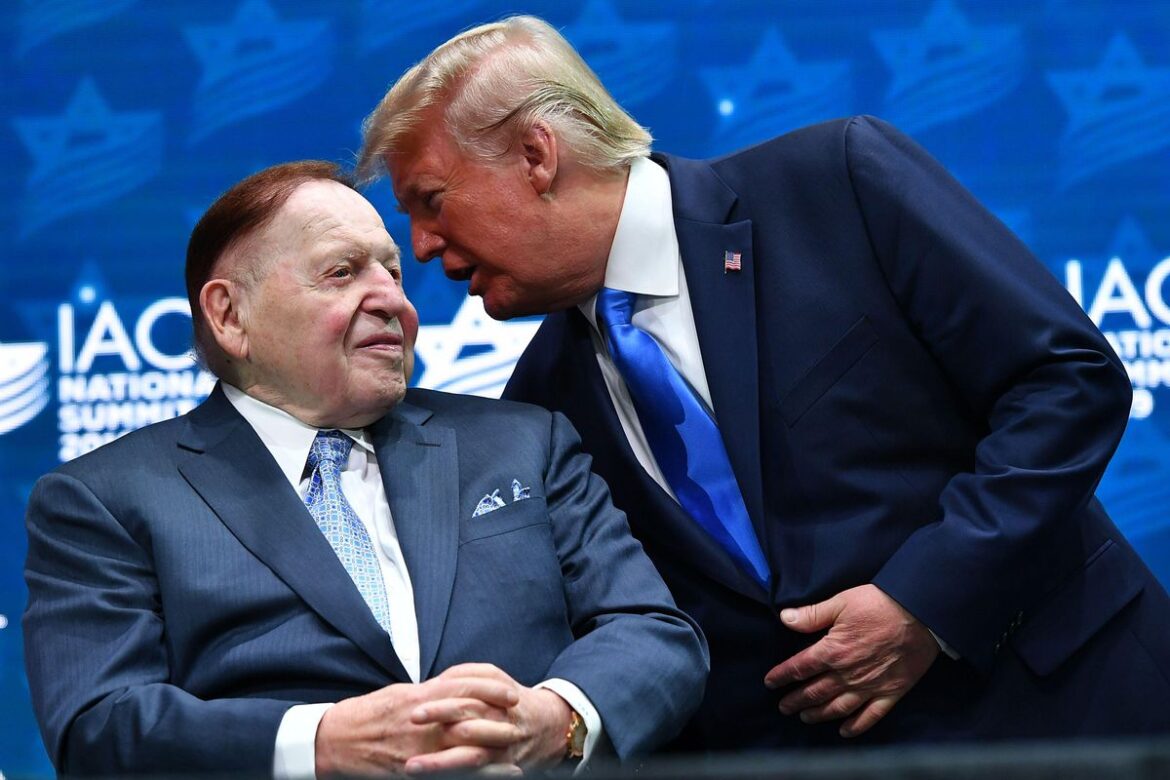 The founder of Las Vegas Sands, which owns casinos in Las Vegas and Macau, Sheldon Adelson died in the United States at the age of 87. The Las Vegas Sands report notes that complications associated with the treatment of non-Hodgkin’s lymphoma were the cause of Adelson’s death. According to Fox News, during the 2020 election campaign, Adelson spent $ 430 million on supporting Republicans.
The deceased’s widow, Miriam Adelson, confirmed that he died due to “complications of a long illness.”

The Las Vegas Review Journal notes that Adelson has been suffering from cancer since 2019 and took sick leave on January 7, 2021 for new medical procedures.

The Las Vegas Sands report emphasizes that Adelson will be buried in Israel, in the homeland of his widow.

Adelson, whose fortune is estimated by Forbes at $ 35 billion as of January 12, is considered one of the largest donors to the US Republican Party and one of the most influential supporters of Donald Trump.
During the 2016 election campaign, Adelson was called “Trump’s wallet”, in 2020, according to CNBC sources, he planned to spend up to $ 50 million on Trump support. Fox News notes that during the 2020 campaign, Adelson is “a long-term and loyal supporter of the president. Trump ”- spent $ 430 million on supporting Republicans, more than anyone else.

Sheldon Adelson was born in August 1933 in the immigrant area of ​​Boston, Massachusetts. Despite the surname (which is translated from German as “son of the nobility”), the family of the future tycoon was not rich. Adelson’s parents immigrated to the United States from the Russian Empire: his father Arthur Adelson is from modern Lithuania, the billionaire comes from Kiev on the maternal side.