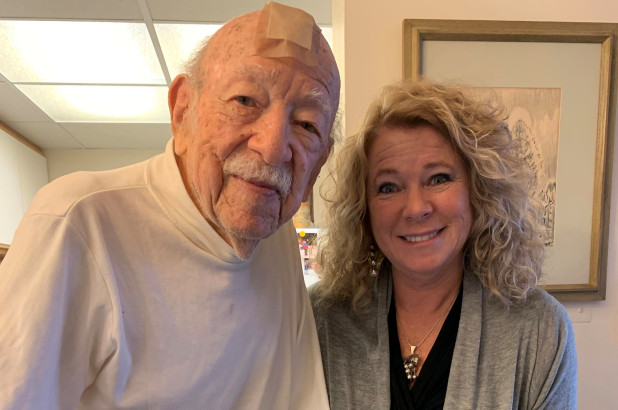 He did not expect the truth to be revealed.

A doctor from the American city of Detroit, Michigan, fertilized patients for decades and as a result became the father of about nine thousand children. The Sun newspaper reports about it.

Philippe Peven, 104, has worked as a family doctor for 40 years. It turned out that he regularly acted as a sperm donor for clients wishing to become pregnant. Last year, one of his biological daughters, 61-year-old Jamie Hall from Traverse City, Michigan, decided to find her blood father and underwent a DNA test. As a result, she learned that her biological parent was Peven.
Thanks to the website of the biotech company, she found her blood brothers and sisters.

We were all born in the same hospital, and Peven is listed on our birth certificates as an obstetrician and gynecologist, not a father.
Jamie Hall
She began contacting all potential relatives she found on the site. In January 2020, Hall teamed up with her half-sister and decided to meet Peven. The retired doctor explained that he did use his materials to fertilize clients. Sometimes his colleagues acted as donors, he specified.
Peven described himself as a pioneer in artificial insemination. According to him, he has been a sperm donor since 1947 after a study in Chicago.

In those years, the former doctor could not have imagined that one day the relationship between people could be easily determined using DNA testing. “He said,” I never thought that this would be possible. It’s a real fairy tale, right? “- says Hall.

Hall and her blood brothers and sisters reacted positively to their discovery.

I don’t see anything wrong with that. All those women, including our mothers, came to him in despair, and he gave them what they needed. I really believe that he tried to help people, and without him I would not exist now.
Jamie Hall
Earlier it was reported that in the United States, physician Quincy Fortier secretly impregnated hundreds of patients in a women’s hospital. Wendy Babst from Oregon began the investigation into this case. At some point, the woman realized that she did not look like the man she considered her father.