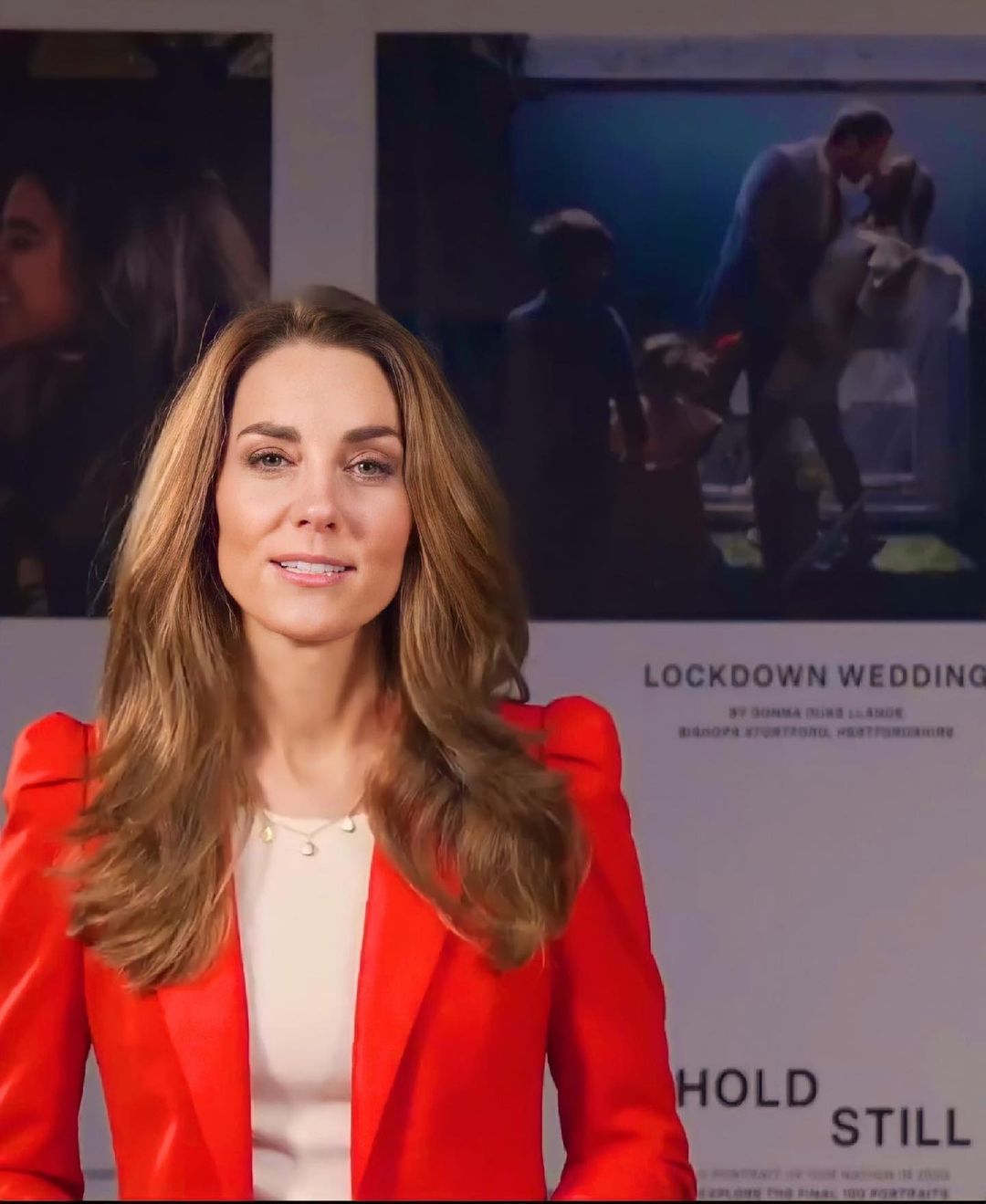 The wife of Prince William, Duchess of Cambridge Catherine, surprised fans with a change of image. Everyone saw the new appearance in the video dedicated to the end of her Hold Still photo project.

Images of 38-year-old Middleton appeared on the Daily Mail. In it, she showed off a new hair color and a new hairstyle.

She also appeared in front of everyone in a red jacket. A gold chain hung around her neck.

Earlier it was reported that Kate Middleton allegedly recommended Prince Harry not to marry the American actress Meghan Markle. This became known from the new book by journalists Dylan Howard and Andy Tillett “Royals at War”.