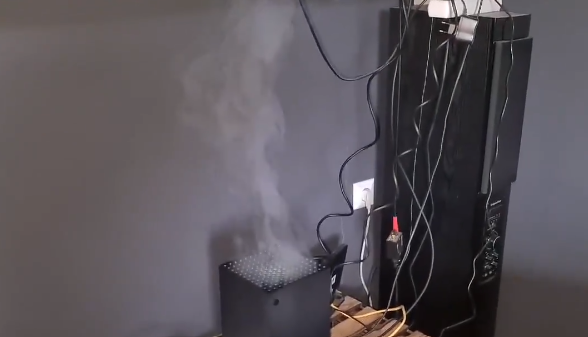 Videos have begun to appear on the web in which owners of Xbox Series X devices demonstrate how their consoles a little fire.

This video was posted on his Twitter page by a web user under the nickname AllGamesDelta. Another user, Arek Adamowicz, said in a comment that he had the same problem. Also, a Reddit user under the nickname Hirsutophilia posted a similar video. In the comments, some netizens suggested that a module burned out in the console, which caused the smoke to appear.

Others suggested that the owners of the devices themselves could catch up with the smoke. According to GamesRadar, it is still too early to tell if this problem is widespread, or if it only affects some Xbox Series X owners.